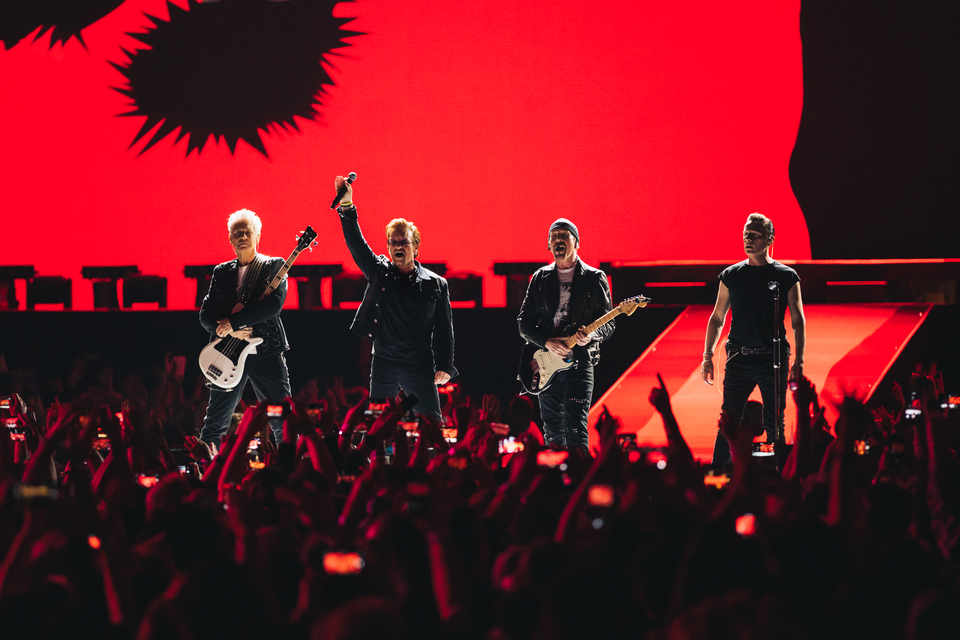 "They were truly on fire, and I had a fantastic spot. The first Dublin show was a bit tentative, but they blew the roof off Tuesday."