"Throughout most of the rehearsals, Bono had a comedy bit towards the end of the 2nd set with a telephone and (I’m assuming) a video on screen. He attempted to call the 18 year old version of U2, and made bad jokes about the SOI album release, the type of music they played, and ragged on his old mullet."

Read our show interview with hoserama

"It struck me early on in the show - man, this band still has it"

Read our show interview with jennagirl

Here you can find and post reviews of this show. We encourage everyone that either attended or listened to this show to write a review. Currently we have 11 reviews for you to read.

Rating applies to the JEMS audience recording. Incredible recording quality! Given how far recording technology has come and how indoor venues are generally more suitable for quality recordings, we may be heading into a Renaissance period of bootlegs. Only time will tell.

Anyhow, really strong first show to let everyone know that U2 is back in business. My personal favorites from this recording are Vertigo, The Troubles, and Iris. It sounds like they ran the intro riffs twice during Vertigo to cover up for Bono starting the count early, but I really think it worked out quite nicely.

Good solid bootleg with a solid setlist. Also, at the time of this review (6/5/2015), there have only been two performances of "The Troubles". So I would recommend getting this bootleg for that reason alone.
Recording: "Nakamichi 700 - Olympus LS-7" - 4.5 stars

First night of the tour features strong performances by the band and a nice variety of new songs and old classics.

Important to note that as of this review (6/5/2015), The Troubles has only been played twice, so that song may be considered a sort of a rarity.

I Will Follow is with a annoying DJ voice-over and only the intro part. 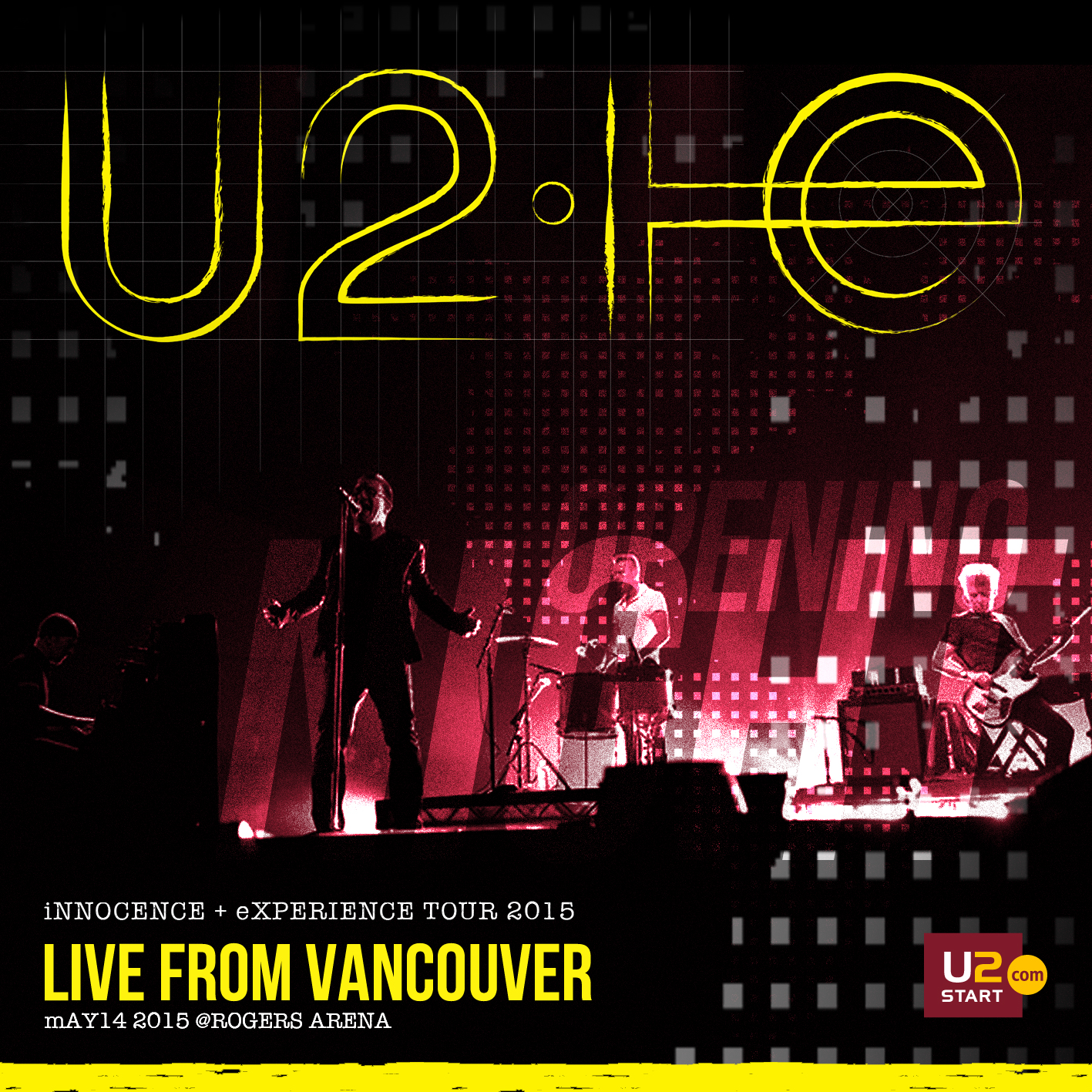 JEMS marked its 34th year recording U2 by heading north from our home base to opening night show in Vancouver. The month of rehearsals at Pacific Coliseum definitely paid off as the band was better prepared than has often been the case on opening nights (see Las Vegas 1997).

Speaking to Tapeboy by phone last night, he was struck by how the show began with one powerful rock song after another, which drove the energy of the show high from the start. He also said the distributed PA that rings the arena did make for very good sound leading to something rare at indoor shows these days: it was loud.

The new material, not surprisingly, sounds more compelling from the stage, which in and of itself is said to be a marvel, save for its lack of safety railings (if you haven't seen The Edge's Instagram this morning, he is OK, save for a big scrape on his arm).

Biggest surprise of the night was "Desire." Brother Ken was also there, and he pointed to that song, "Bullet the Blue Sky," "Invisible" and "Until The End of The World" as his highlights; the latter closed "the first set," though plans for a more formal intermission were apparently abandoned. In its place were five minutes or so of videos that bridge from "Until" to "Invisible."

There are sure to be other recordings and some of the real pros are up there too doing their magic, but for now, here's JEMS' capture.

Notes: This is not a better version that what has already been shared by JEMS. I was in the RedZone Stage left (Adam's side). Heavy security forced change in microphone location during Out of Control. Remainder of show recorded from waist-level in crowd causing a slightly dampened recording. I also had a enthusiastic singer next to me. The recording is okay but it has all the "qualities" of a recording pulled from the pit. Only download it if you want that experience or simply must have every version out there! If so, I hope you Enjoy! The 2015.05.15 pulled from seats in Section 311 is much better...

Setlist:
01 Intro
02 The Miracle (Of Joey Ramone)
03 Out Of Control > Do You Remember Rock 'n' Roll Radio? (Ramones)
04 Vertigo > God Save The Queen (Sex Pistols)
05 I Will Follow
06 Mofo (snippet) > Iris (Hold Me Close)
07 Cedarwood Road
08 Song For Someone
09 Sunday Bloody Sunday
10 Raised By Wolves
11 Until The End Of The World
12 -punkmission-
13 Invisible
14 Even Better Than The Real Thing
15 Mysterious Ways > Burning Down The House (Talking Heads) > Young Americans (David Bowie)
16 Desire > Not Fade Away (Buddy Holly) > Love Me Do (The Beatles)
17 Sweetest Thing
18 Every Breaking Wave
19 Bullet The Blue Sky
20 The Hands That Built America > Pride
21 The Troubles
22 With Or Without You