50 shows in the Netherlands

An overview of U2's history with The Netherlands.

Performance notes: This is the last time Another Time, Another Place has ever been performed live.
Setlist and comment provided by U2gigs.com.

This part is only rated, not commented on
Recording: "Unknown Analogue Generation" - aka "Hattum Man" - 3.5 stars

Help! Which recording should I choose? How do I play this? How can I convert these files to MP3? Answers to all your questions and a lot of general information, we have documented it all on our help and info pages.
Download soundchecks for this show: 1982-05-14 - Hattem
We hope you enjoy this recording! Can we ask you to write a short review after you have listened?.

*Original notes (ldb):
"For Special Series #225 I wanted something really SPECIAL! And I bumped
into this one which I was given back in the 90's, copied straight from the
master VHS (which was becoming a somehow 'best practice' to tape radio
broadcasts with a VHS using a stereo recorder to avoid tape flip and have a
full 240 minutes tape lenght) from a re-broadcast. Unfortunately it is not
complete but it really rocks and I haven't seen this one circulating at all.
Soundwise this is just stellar, quite close to an official release so there's
no way you can escape this if you - like me - adore the October tour.
Enjoy, this is something really special!"

*Recording made by Veronica Omroep Organisatie (VOO)
for Countdown Café (see details below).

NB: The "Countdown Café" introduction is missing and "Gloria"
is joined in progress. "Out Of Control" has a little tape drop-out,
and "Twilight" has a cut and misses a part near the end.

#Stadtfelder NOTES (2012):
"[A]nalog[ue] soundboard recording, unknown generation
> Yamaha K 540 deck > Soundforge 9.0 > CDWave Editor > wave > flac
[...]
This soundboard recording is a nice alternative to the audience
recording. Unfortunately, there are some glitches in "Rejoice",
"I Fall Down", "October", "Twilight" and "Out Of Control".

*REMASTER NOTES
I am pretty sure this a stereo "board" tape, and not taken "off air".
But this soundboard also had an audience feed to it, matching in fact
what is known from the re-broadcasted tracks (e.g. VPRO 19??, or Radio
Veronica 2015). Listen, for instance to the end of October.

This let me to believe that this may have been "leaked" from the Dutch
radio station VOO (Veronica Omroep Organisatie) aka "Veronica" which made
the original recording for Veronica's Countdown Café back in 1982.
Some have speculated that this may be from an original broadcast, but that
would have left a typical FM-signature in the dynamic spectrum, and this
not the case. Pimm Jal de la Parra in fact only mentions a TV broadcast
(6 songs) and no radio broadcast (U2: A Concert Documentary).

What is also clear from this tape's hiss, hum, noise and drop-outs and/or
cuts that this tape was copied a few times before the digital transfer was
done. This too led me to believe that it is in fact more likely to hold that
this is from a leaked board tape, rather than a broadcast. I mean, if there
had been a radio broadcast of the full show than it is strange that no
other recordings have surfaced.

This transfer does however runs at an incorrect speed (too "fast") and
based on the comparison tracks from the two re-broadcasts, it is varying
between 0.58 and a full semitone ("I Fall Down").
There is also electrical hum present but if this is matched to 50Hz, the
tape still runs too fast (this suggests the copy being a 2nd gen, or higher).

More luck though with the also circulating audience recording (CDR > EAC >
wav > MKWact). When this hum is matched to 50HZ it gives a more or less
similar track length in comparison to the (incomplete) "VPRO FM re-broadcast"
(LDB Special Series #225). As such I could make a longer reference track to
match the soundboard feed.
I ended up treating each track individually, using some common sense to
compensate for still existing variations in the audience source.
Whenever possible, I matched directly against the "VPRO FM re-broadcast."
NB: "I Will Follow" was matched using the official released track as
reference (October "bonus" cd, 2008) but it has virtually the same length
as the VPRO re-broadcast.

Additionally to the speed correction, the hum from the soundboard was removed
with iZotope RX05 "De-hum" and while at it, I also let the De-click run to
diminish louder claps. Some "Spectral Repair" to remove unwanted sounds.
I did not put much effort in hiding the cuts that are still present.
Finally I ran it through Ozone 7 for dynamic EQ-ing, limiting and noise
treatment.

It was definitely not an "overnight" project. I worked on this off-and-on
during 2018, only to make the final mix early 2019 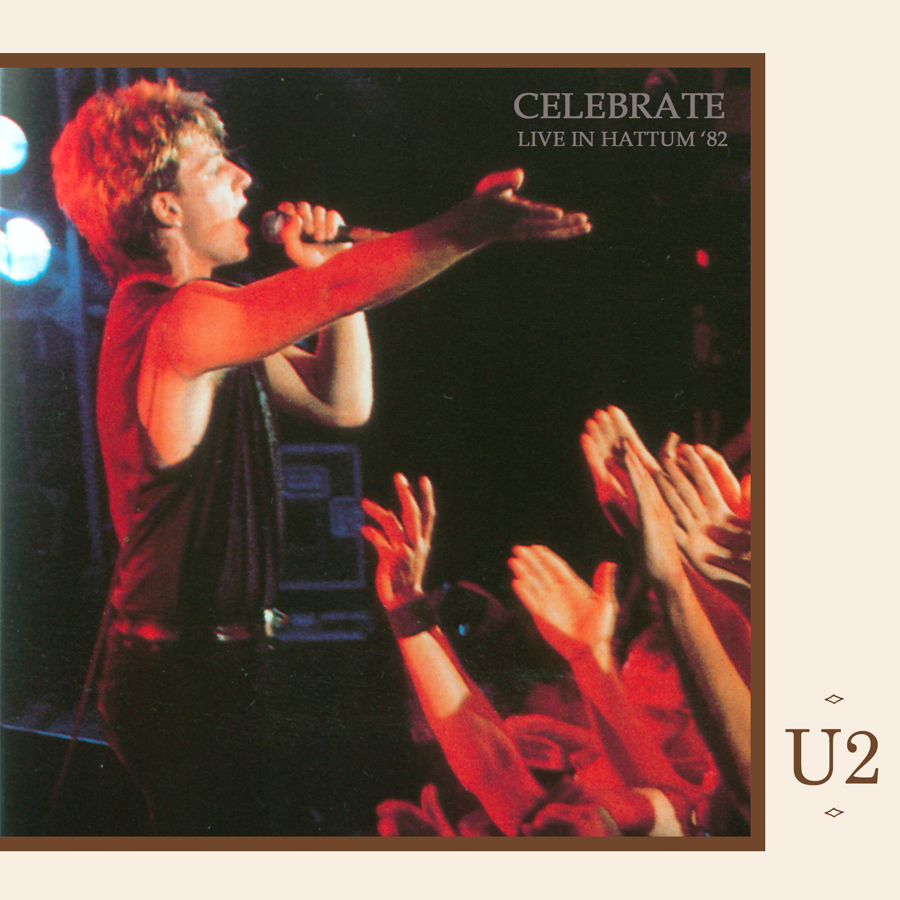 Comments: U2's comeback to Europe: A very inspired
show with an extensive setlist. The sound is not very
clean and has some slight dropouts here and there but
all instruments come through clear. All in all a nice
find for somebody looking for recordings from the
October era.
There are two audible edits (before "A Celebration"
and "Southern Man") which kill only audience noise.

This soundboard recording is a nice alternative to the audience recording. Unfortunately, there are some glitches in "Rejoice", " I Fall Down", "October", "Twilight" and "Out Of Control".

Transfer and upload in August 2012

NB: this transfer runs at an incorrect speed (to fast)

*Original notes:
"OK, as we continue the old days, here is a Dutch concert dedicated to one
of the nicest people here, Peter-Bas of Rotterdam. This is another confirmed
lossless copy from a disc obtained in trade [...]. The quality is pretty much
"A". I have included cover art which corresponds with what is here. [...]"