Really good performance. Some dodgy parts by the band but it was still great.

I absoutely adore Unforgettable Fire shows because they are so fresh and energetic. I love how so much passion is put into the performances and how Bono's chats aren't as political and boring as Vertigo Tour.

The audience were chanting alot, singing along. The best bit for them was Sunday Bloody Sunday. The massive roar that the crowd gave was mega.

Great show, loved it. Some little off bits, but it doesn't really matter. Everything was good.

RECORDED BY JP (in association with JEMS)

*correction as noted by JP himself in his upload of the same transfer, but slightly
different edit (i.e. shorter intro and outro)

Take two. About a year and a half ago, I torrented this show here from JP's master
which he had transferred and converted to CD using Adobe Audition. But JP himself was
never totally happy with the transfer and I remembered the tape being better than the
resulting CD. When JP recorded this he was using the identical rig that we'd eventually
issue to Brother KM for his legendary (if I may) early '87 Tempe-LA run, powered by the
shockingly good Aiwa CM-30 mic. I don't think there's ever been a mic that retailed for
less than $50 and had this kind of low-end response. JP was positioned on the front row
of the balcony at the Civic and pretty much nailed the show. There are a couple of very
minor glitches and a brief gap to flip during "Bad," otherwise it's all here.

So last week JP gave me the master tape and suggested I give it a fresh spin on the
azimuth-adjusting CR-7A. The results are here and I think we've got a significant upgrade.
Sample provided and if I can find a sample of the old one I'll post that too but don't
count on it. Sounding very nice indeed.
Butterking for JEMS 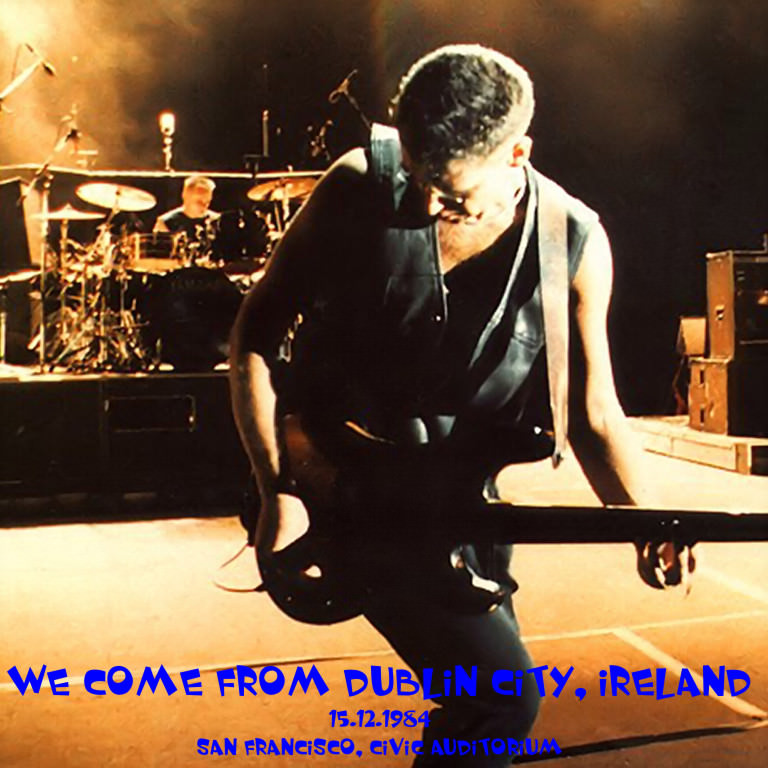 Recorded by JP in association with JEMS

* correction as noted by JP himself in the 2007 upgrade

One of JP's first-ever master recordings with the same gear as the later Joshua Tree tour s
hows done by Brother KM. The microphone moves around a bit (which effects the high end)
but otherwise this is a very appealing recording that sounds close-up, with little audience
noise (save for some clapping and later singing in "Pride") and solid instrument separation.

It's a short-ish show but one I always found enjoyable. Terrific versions of "Wire" and "Bad."
In early 1985 I played songs from this show on my college radio station (KUPS). I don't think
anyone taped that.

"A Second To Say Goodbye"

Title: " A Second To Say Goodbye"

The sound on this recording is good but seems to suffer from the acoustic settings
of the venue. Clarity and crispness are absolutely given. During the "classic anthems"
(like "11 O'Clock...", "I Will Follow", or "New Year's Day") a soft rumbling is audible
as if the microphone gets in touch with something.

#u2start notes: this is a different source than the JP+JEMS recording (e.g. note the
talking of someone close to the taper at the end of TUF)