Very good performance, a few little moments where it sounds like they’re having to improvise slightly but nothing to take away from the enjoyment of the songs.

This part is only rated, not commented on
Recording: "Cinema Screen" - 4.5 stars

Don’t really come through often in the recording but sound decent when they do.

Overall I really enjoyed this show. Pretty much all the best songs from TUF included and they are the real standouts. 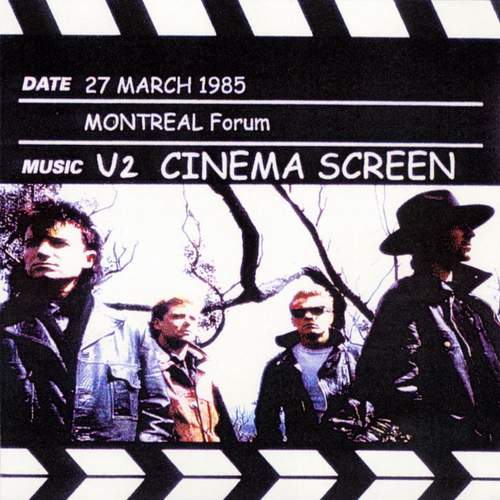 "[...] I was given a cassette tape on Febuary 27th 1988 while still at
college. I'd heard about the group on the tape but wasn't very familar
with their material at that time. The tape turned out to be a very good
quality (for the time - nothing digital commonly around then ;-)) analog
Soundboard recording of U2 performing live at The Montreal Forum on March
27th 1985. That bootleg was the tape that introduced me to the band & their
music. Since those college years, I've gone on to purchase every official
album, most of the singles, & been lucky enough to see them live at various
places throughout the world etc..Its a nice performance. I'm sharing this
here as I've only recently come across the tape again after cleaning out the
attic. I've not come across a better group of fans than those consistenly
sharing on these forums, & hope people might like this.

I do realise that there was a bootleg recording of this show previously
pressed to CD & released in 1999 - I think. My tape is definately from the
same source, but I think it might be of a lower generation than the source
that the CD was pressed from. I think there's slightly less muffle in my
recording . I'm hoping it'll be an upgrade for everyone. I've had a quick
listen to the CD called Cinema Screen & while its good, its quite 'muffled'
in parts - I've not heard any other recordings so I don't know if better
ones exist.

Hope you all enjoy & with any luck it will be considered an upgrade - even
if slight. Regds, bonoman66"

**note [bonoman66 remaster]:
"WAV file edited to chop off non relevant parts at start & end. Fades added
to start & end. Pitch lowered slightly as the tape appeared to be playing
slightly too fast resulting in a higher piched than normal Bono ;-)
Volume brought up. Hiss Reduction gently applied - Its still a bit hissy,
but I didn't want to apply too much noise reduction as it would have
destroyed too much cymbal, vocal, guitar top end etc.. No Eq was applied to
the recording, no frequencies were enhanced - just some mild hiss filteing
Wav file split into individual tracks"


REMASTEr NOTES:
Not many SBD's from this era and a SBD this good is spectaculair in my opinion.
It really was a surprisingly good source, considering the age and the cheap tape.
Almost everything except some high end was present, but it needed something because
it sounded flat and dull.

So, it has seen something. Low end recovery, compression, EQ, high end improvement
and spatial enhancement.

Most gaps, glitches and distorted parts are repaired. Not all, though. Some parts
were unrecoverable, especially the beginning of A Sort Of Homecoming but some other
parts as well. Moreover, the first half of the show is a nicer listen than the
second half, because in the second half Adam's bass comes through quite rough and
harsh.

A BIG THANK YOU TO BONOMAN66 for sharing his tape @ U2T. 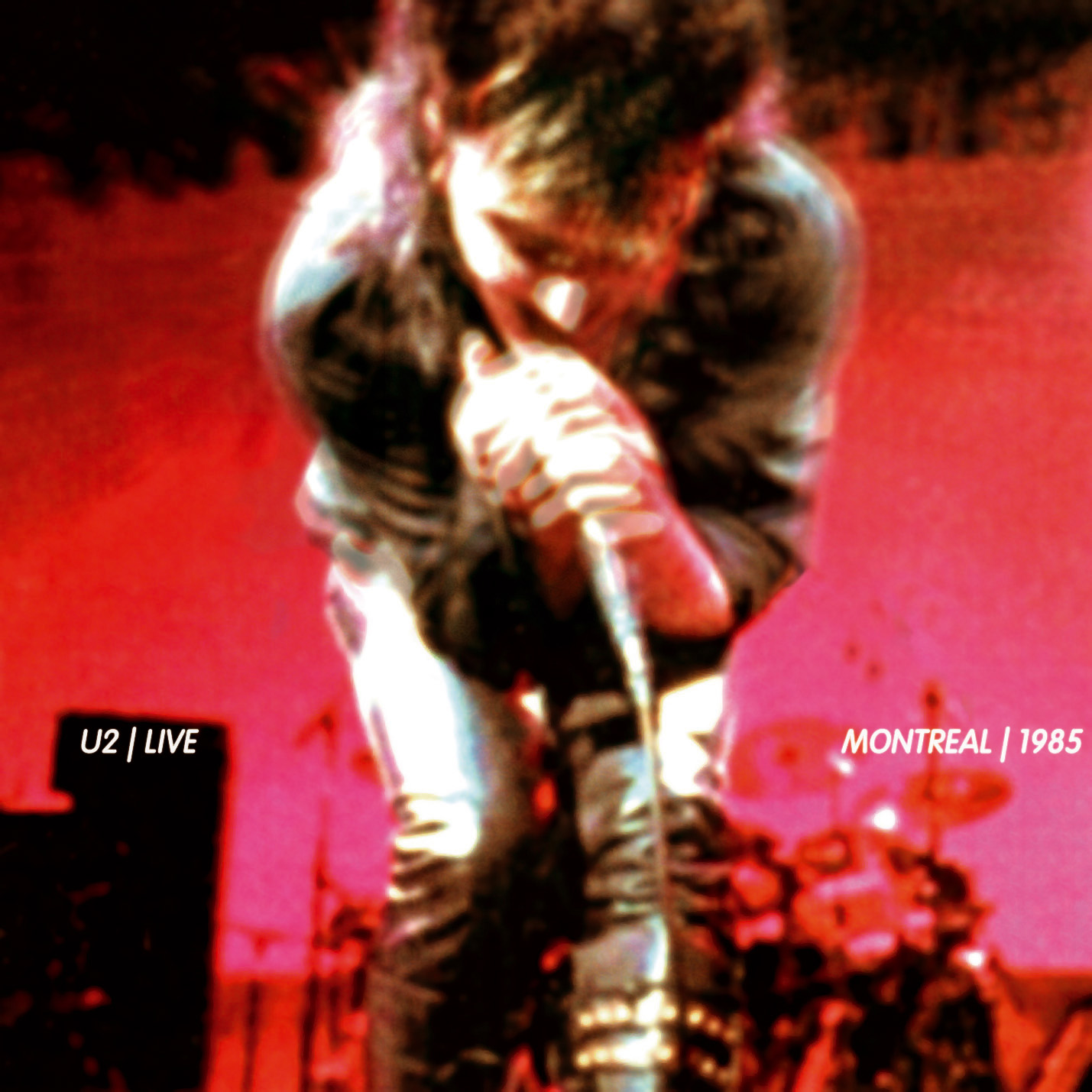 *TDK SA90 = "Unknown Analog Generation", but possibly the master
(although the amount of hiss seems to suggest 1st or even 2nd GEN) 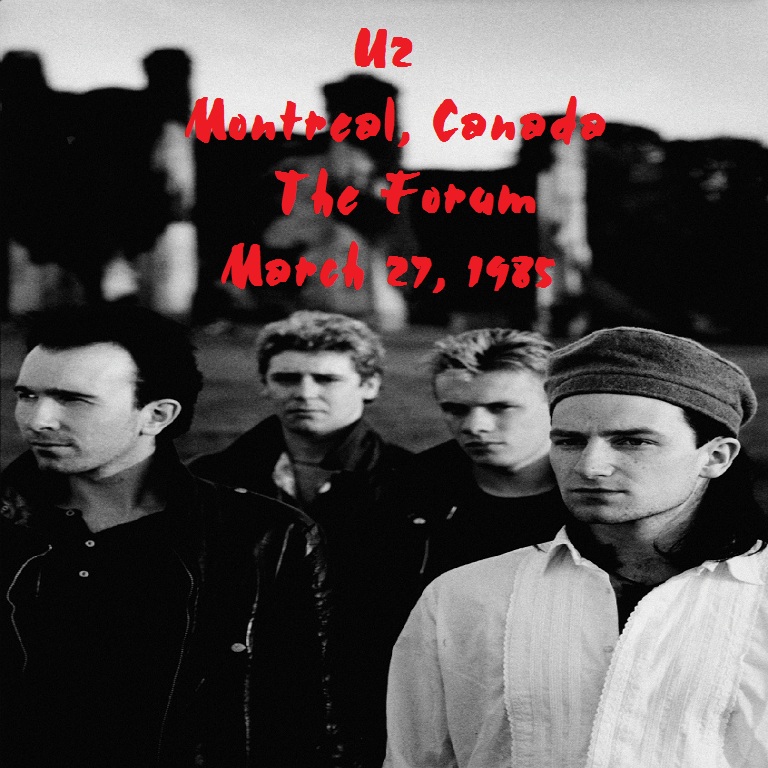 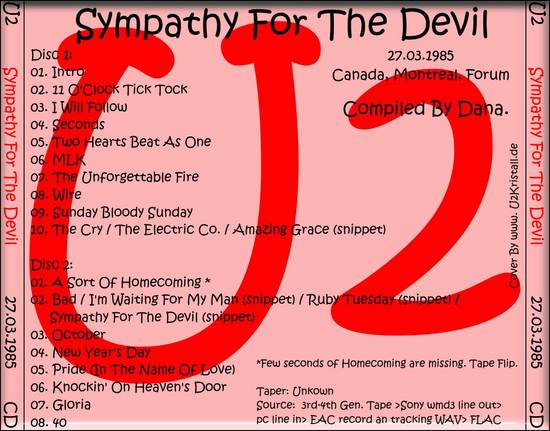 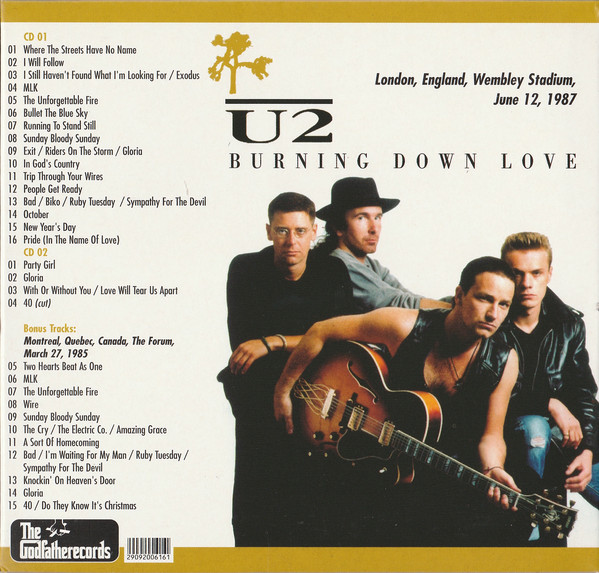