This part is only rated, not commented on
Recording: "Joshua Tree Modena (UAG)" - 3 stars

Good show . The sound is a bit poor. Bono had problems with Unforgettable fire.Highlights: Where the streets..., I still haven t found..., Sunday bloody sunday, Bad, Pride and With or without you

^NOTES:
Source used is the 38f recording, but Godfatherecords did a severe remaster-job,
giving it much more space and clarity...it's pretty amazing actually if you compare
this one to original 38f recording... 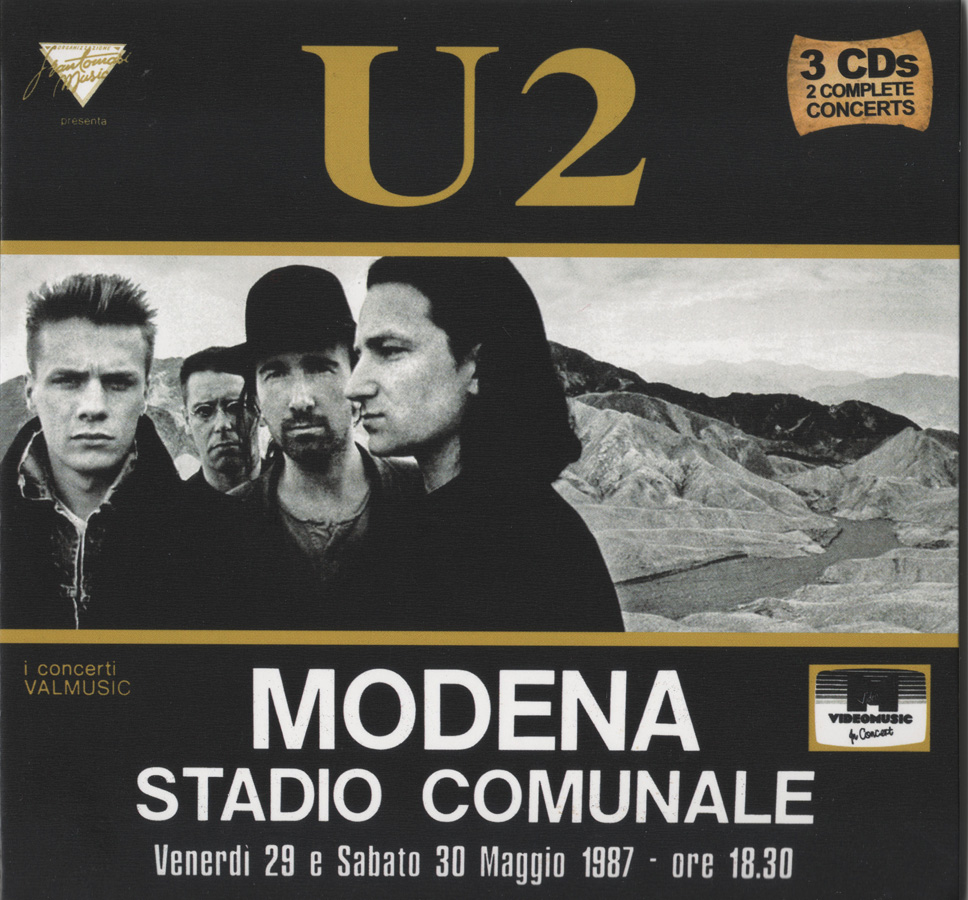 Comments:
[Tracks 17+18] are from a different recording source of the same concert.
They are still quite good but the rest of the show sounds better.

NB: There also circulates an " Unknown Analogue Generation" transfer of this
recording, most commonly known as "Joshua Tree Modena". It can be recognized
for having "Exodus" as a seperate track. 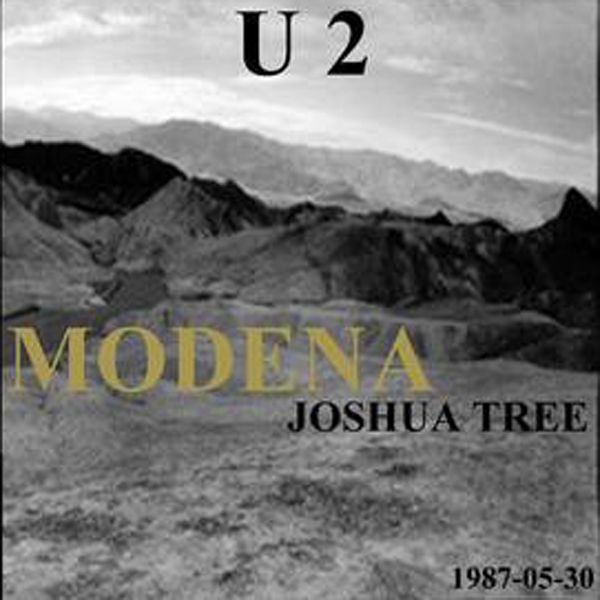 NOTE: The volume level fluctuates from time to time
throughout the recording.

NB: The master circulates as either "Joshua Tree Modena"
or "Modena Joshua Tree". The master transfer comes with
source info and doesn't have "Exodus" as seperate track. 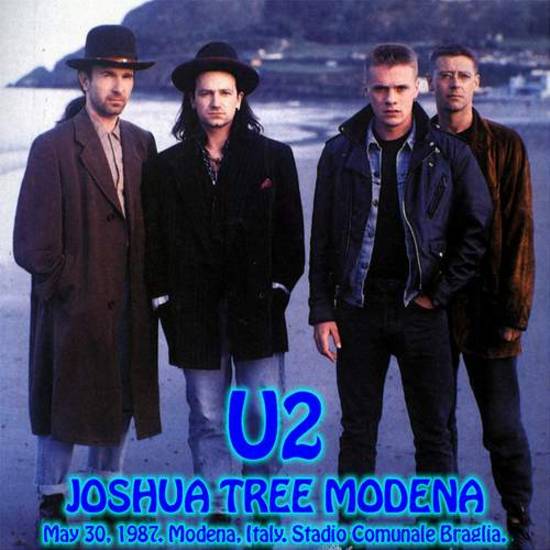 I downloaded both of these shows off Dime, recorded and transfered by 38f. This show, the second night,
played fine, but I re-indexed it, as certain songs were combined into one track and some of the marks were off.
"Sunday Bloody Sunday" was split over two tracks as well, due to a tape flip, and so I joined the two parts -
there is still some of the "reprise" portion missing due to the flip, but it is joined into one track. I also
removed silence at the end of the show, including a small part after the recording ended that was about two seconds
that sounded like it might have been from a different recording or something. Nothing else was done to this recording.

Bono's voice seems to continue to trouble him, as it sounds even more hoarse last night, however, he still
reaches the high notes. The second to last performance of "A Sort of Homecoming" was this night,
at least until the quasi-performance at Slane Castle 14 years later. Whereas the previous night
featured the traditional version of "Sunday Bloody Sunday," this one was done in the Amnesty/Rattle and Hum style,
though the Edge messes it up pretty bad and Bono repeats a verse. During "Exit" Bono does some additional guitar work,
and then he plays the harmonica as he did in the early shows of leg 1. Bono apparently invited someone to sing with him
during "Bad," which also includes a bit of "Rain" at the beginning.

Recorded, transfered, remastered & uploaded by 38f on Dime, September 2006.
Fixed and seeded at U2Torrents by MDuchek in Feb. 2007. 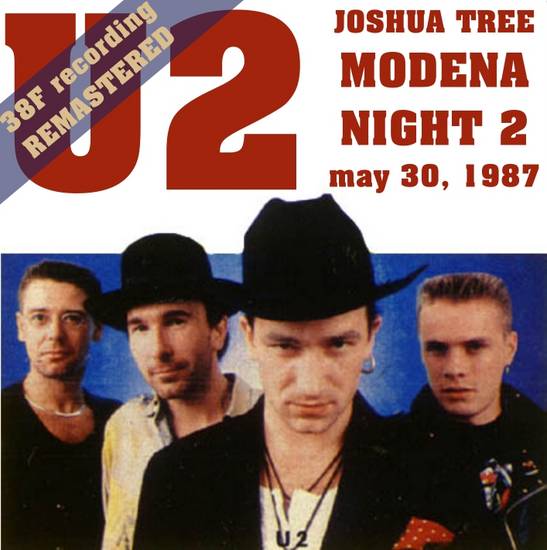