Performance notes: The concert is broadcast by Denver radio station KAZY-FM. The band stay on stage before the encore and celebrate Bono's 21st birthday the day before by opening a bottle of champagne.
Setlist and comment provided by U2gigs.com.

They play a very good show. All the songs are tight and the band make a great impression on their audience. Bono chats with the crowd at a few points, like during Boy/Girl. He tries opening a bottle of champagne during the encore break but can't seem to get it. I Fall Down (or When I Fall Down, rather) is an early version with different lyrics played on guitar instead of piano. 11 O'Clock Tick Tock has a great outro, as does Boy/Girl - I don't remember it being that long! Bono seems to mumble some sort of additional intro to Twilight, and he sings '21 today' over the outro, though his birthday was the day before...

Excellent quality, the only complaint is a brief DJ announcement during Into the Heart.
Recording: "Messing Around With Champagne" - 4.5 stars

It's exciting to hear an audience that was already so excited about U2 in their early days like this. But given this show, it's no wonder.

This is a very, very good early show to download. The songs are played very well, the setlist is strong, the band are hitting it perfectly, and the crowd love them.

Lowlights:
- The Ocean is cut out, unfortunately

"Messing Around With Champagne"

*Not present in this upload.

So here is what I consider as the definitive version of this fantastic show.
If some of you get the "Lost Broadcasts Volume I" proposing one part of this show, then you will show the difference between Pandora and Earth.
"Lost Broadcasts Volume I" presents the setlist from "The ocean" to "Out of control" with a sound full of glitches, distortion and hiss.
For a long time, I wanted to work on this fantastic show but with strong difficulties to find the lossless files.
One million THX to Petergoode who permits me to obtain the second source.
The setlist of Source I starts with "the ocean" fading in and closes with "Out of control" fading out.
The setlist of Source II starts with "Another time, another place" and concludes with "I will follow".
The quality of these recordings was so high that I just slightly remastered both sources with normalization , adequate compression, and fine mixing (1/1000 second).
This setlist is the most complete one from this show with an amazing quality.

Concerning the gig, what else to say than terrific with Bono in an olympic feeling and energetic versions for the entire setlist.
This was the second time in less than two months that U2 played this venue, the previous date beeing 1981-03-28.
Barry Fey, the local concert promoter, convinced the band to come back one more time before the end of thier tour, as a result of the positive response to the first show.
The band also played the Rainbow Music Hall one more time on February 27, 1982.
It was during these trips to Denver that Barry Fey and Chuck Morris took the band to Red Rocks, and planted the seed that would become "Under a blood red sky".

Between "An cat dubh" and "Into the heart" is a very short station ID for KAZY; I decided not to patch it to try to prevent of future Silver Bootlegs (Isn't it, "The Godfatherecords"?)

An ecstatic and unforgettable performance,
An uncredible sound,
More than 5 Stars!!!

"The Lost Broadcasts Vol. One" 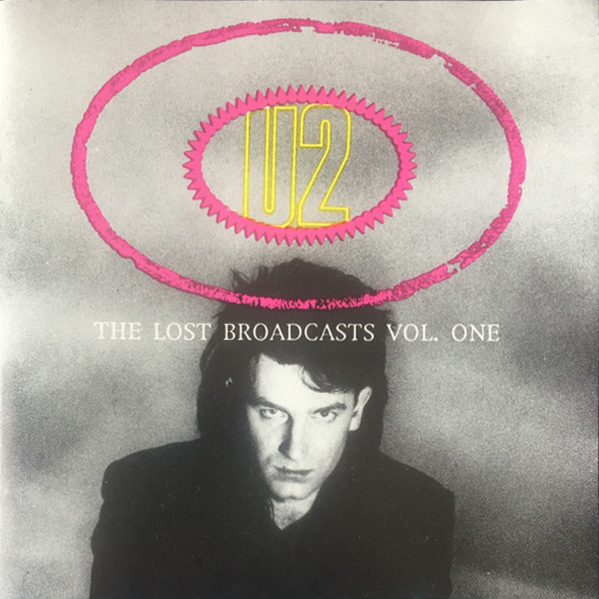