50 shows in the Netherlands

An overview of U2's history with The Netherlands.

Great early October performance of the band in the Netherlands

It's 1981 and the romance between the dutch and U2 already shows up in this bootleg. After Out of Control they go nuts asking for more and they interact very well with the band. This is more noticeable in the audience recording.

U2 in the Netherlands. Enough said. There's always something in the air when the band plays here and this show is no exception. For the October tour, the band reworked some of their Boy songs and they sound better than ever. Another Time, Another Place, An Cat Dubh/Into The Heart, Stories for Boy are highlights of the show. The October songs are always better than their studio counterparts and the broadcast has great sound for them here. During 11 O'Clock Bono plays with the audience and it sounds incredible (he did that for the whole tour, I love these October versions). After Fire, they sang Happy Birthday to Larry. By taking pieces of all 3 sources of this show, you can form a great, complete bootleg for this show. This is the first great full October bootleg and one of the best.

NB: earlier versions have SONY WM D3 as source info, but the D3 wasn't availlable in 1981.
Verhoeven definitely recalls a SONY Walkman, so that'll be it then.

Tape transfer 2012 by A. Verhoeven

NB: Track 12 ("Twilight") slightly joined in progress & Track 16 ("11 O'Clock")
missing one or two syllables only from Bono's introduction of the song.

*BigGiRL redux/remastering notes:
This recording by A. Verhoeven was transferred back in 2012 by Verhoeven himself
and this "raw" transfer was shared by nunomoreira1 on u2torrents (id=8603) as
"1st Gen/ master analog tape" with incomplete lineage (see below).

I contacted Verhoeven recently as to request if I could do a "redux" of his
transfer. The reply was very positive and in the following conversations we
could retrieve the complete lineage for this master recording. Nuno's hesitations
(perhaps) with labelling this unambiguously as “master” are understandable
because there is quite some tape noise present that could suggest a 1gen copy.
However, electrical hum is completely absent (not necessarily a “tell” for first
gen’s – or higher – but certainly “typical”) and, most importantly, we have
Verhoeven’s word for it that this is a transfer straight from the master!

Upon first listen of this "raw" transfer I noticed the recording running too slow.

Pitch correction was done in parts taking both the "Lost Broadcasts Vol.2" and the
1989 re-broadcast as reference. Unfortunately those two sources aren't identical in
pitch. In fact the pitch seem to vary from track to track (I suspect the re-broadcast
has some studio edits). This, then, with having only a selection of tracks to match
to since both broadcasts weren't complete. But roughly the pitch correction needed
was about a half semitone with a variation of 1/10th semitone across different parts.

I treated the recording in four parts and trusted my ears as well as the information
from the "Lost Broadcasts Vol.2" cd (Foam Head FH007). With the iZotope RX05 I
performed a De-clap operation using the De-Click and removed the most intrusive
screams with Spectral Repair. But not so much I felt was needed, or could be done
without having unwanted side effects: the idea is that you won't notice when and
where something was taken out.

The EQmatch was used to obtain a neutral sounding recording taking the "Lost
Broadcasts Vol.2" as reference. It gave such a good result that I couldn't bring
myself to withhold this. Some minor edits and fades were applied to let this show
play as natural as possible. I believe the result is quite pleasing.


#nunomoreira1 notes:
"This recording was given to me by A.V. and it was asked to be uploaded.
This is an unreleased recording with 31 years (amazing!), so here it is, this is
for him and for every U2 fan to enjoy this early performance from U2 at the Paradiso." 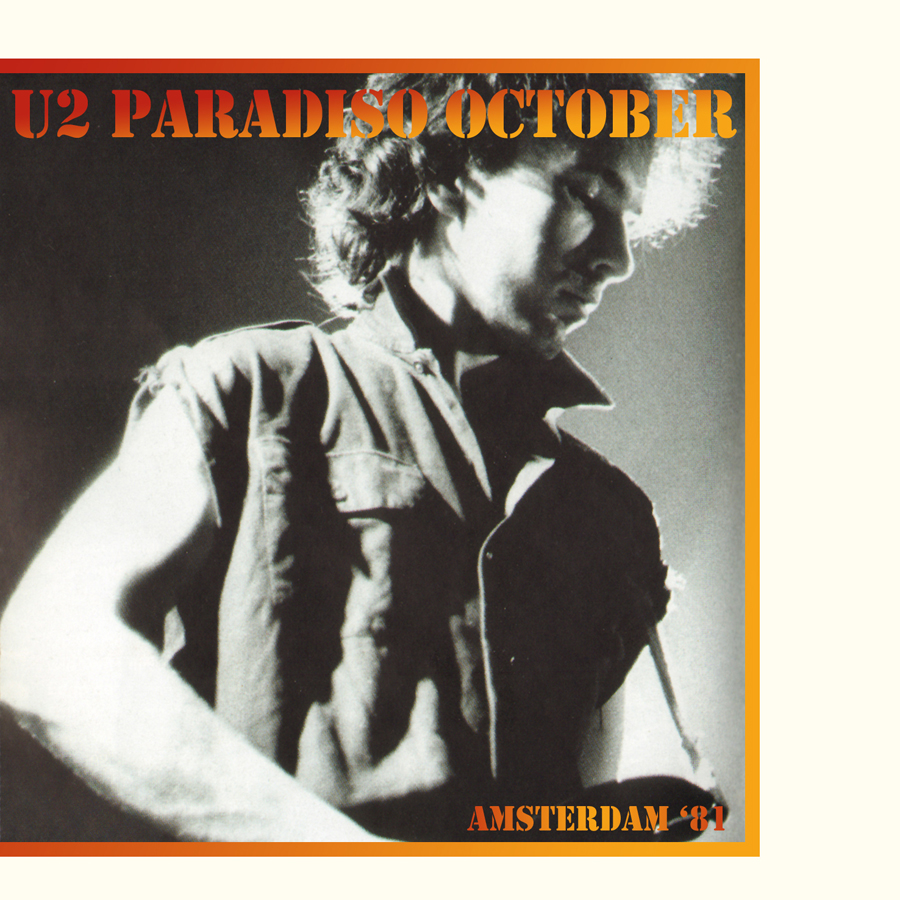 U2
LOST BROADCASTS VOL. 2, THE

Comments (©1999 www.u2-flom.de):
This CD is worth the money if you enjoy the early U2. This one really
stumps me. This bootleg is out of the norm, if not weird. As many of
you know, Rev. Records' THE LOST BROADCASTS VOL. ONE is pretty good.
This bootleg is made by Foam Head and not Rev. Records. Even though
the title appears to be a continuation of the bootleg THE LOST
BROADCASTS VOL. ONE, it is not. In fact, similarity between two is
that both bootlegs are from the same era. This bootleg rips off cover
art and designs from other bootlegs. The cover and the inside booklet
are the same pictures as seen in and on the bootleg THE GIG IN PHILLY.
What is even funny is that the pictures here are not as good as the
original. The back inlay is ripped of from the bootleg PICTURES IN
GREY, and again the quality is not as good as the original. Further,
the back cover says that this bootleg was manufactured by Foam Head,
but the CD its self says it is a Prontomagic Recording. The back
cover gives the number FH007, but the CD says TLBZ604. Given the
peculiarity of this, the recordings here are great! The concert from
Holland is a great performance, however, it is not complete. The band
and audience and band sing "Happy Birthday" to Larry after Track 9. At
midnight Bono remarks, "Tonight is very special, because the last
teenager, our drummer, has just become 20 years old." It is a great
(partial) concert, with an especially good version of "11 O'Clock
Tick Tock." [...]
Overall, it's a good disc and shows the type of
performances U2 gave back in the day. I have not seen these shows
elsewhere, which will allow for the minor edits on the CD. Overall,
its a solid buy for $20-25 US. Color cover. Picture CD.
This is the original pressing on this label.


Notes: This recording was given to me by A.V. and it was asked to be uploaded. This is an unreleased recording with
31 years (amazing!), so here it is, this is for him and for every U2 fan to enjoy this early performance from U2 at
the Paradiso.

This rebroadcast was unexpected (at least for me) because the Dutch radio station usually did not announce their live broadcasts
before and magazines which announced the Dutch radio programmes were not available (internet did not exist in those days, either).
The original broadcast in 1981 included "An Cat Dubh/Into The Heart", "Rejoice" and "The Ocean", too which were not included
on this rebroadcast.

I did not erase the radio speaker (Jan Douwe Krouske, I think) to distinguish this version to all the others which exist or might exist.