The band play really well. Bono's voice isn't in the very best form but he's singing his heart out. Adam really stands out on this recording. Bono is funny between Electric Co and I Fall Down.

Very good sound, if a tad uneven in places (you can tell it wavers in Gloria and Rejoice, for example), sometimes it seems like Edge's backing vocals aren't there.
Recording: "Fradoca Remaster" - 4.5 stars

They're a bit more apparent at the beginning of the show. They sound like they're enthusiastic but they're not a huge part of the recording. Bono leads them in a big singalong in 11 O'Clock.

Highlights:
- Another Time, Another Place
- I Threw a Brick Through a Window
- An Cat Dubh/Into the Heart
- probably the best With a Shout performance
- As always, 11 O'Clock Tick Tock
- The Ocean

^patch from the Wolfgangs Vault source (lossy) between track 04 & 05.

#remaster notes:
As a sort of "10th Anniversary" of the 2009 re-broadcast, I remastered
the original capture of the "Zootype project". Most importantly I removed
the (quite heavy) electric hum and patched the radio station banner between
ITABTAW and ACD with a piece from the (lossy) Wolfgangs Vault source
- a terrible source in my opinion with inconsistent level fluctuations.
I also mended a few drop-outs and gave it an additional EQ treatment in Ozone.
The only thing I left in place is the station banner between WAS(J) and Rejoice.

This re-broadcast came with a severe radio compression leaving it very
"brickwalled," but I kinda like it. Sounds great in the car!
The original (non-brickwalled) broadcast was remastered long time ago by
Fradoca and is another great source for this early & high energy "October" show.

*ORIGINAL NOTES:
"This recording was broadcast as part of the lead-in to the broadcast later
in the evening of U2's performance at the Somerville Theater in Somerville, MA
on March 11, 2009.
I edited out two station breaks where indicated; no music was removed.
The broadcast signal went dead for a few seconds in the last track, unfortunately."
-
A Zootype project, March 2009
---- 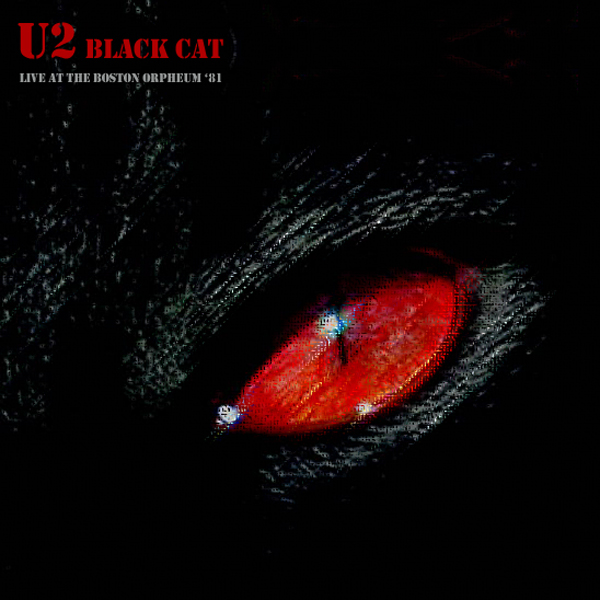 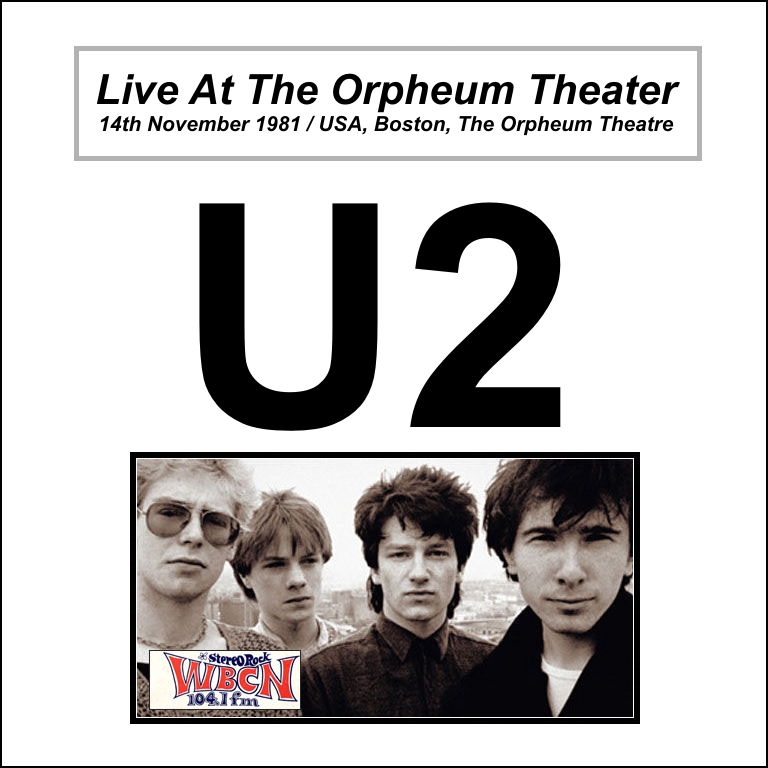 Notes:
This is an excellent soundboard recording of the first night on
the second leg of the October tour. The only problem is a small
cut during "Twilight". It is fun to listen to the announcer
introduce U2 at the beginning of the show:

"You know the show's a sellout. Your grandmother can't get in
the door tonight! We're broadcasting the show live on WBCN.
Your screams, your cheers will be heard in stereo. Put your hands
together for Warner Brothers recording artist U2!"

To think that the same band that now packs 80,000 seat stadia
once reveled in filling a theater with 2,000 spectators! 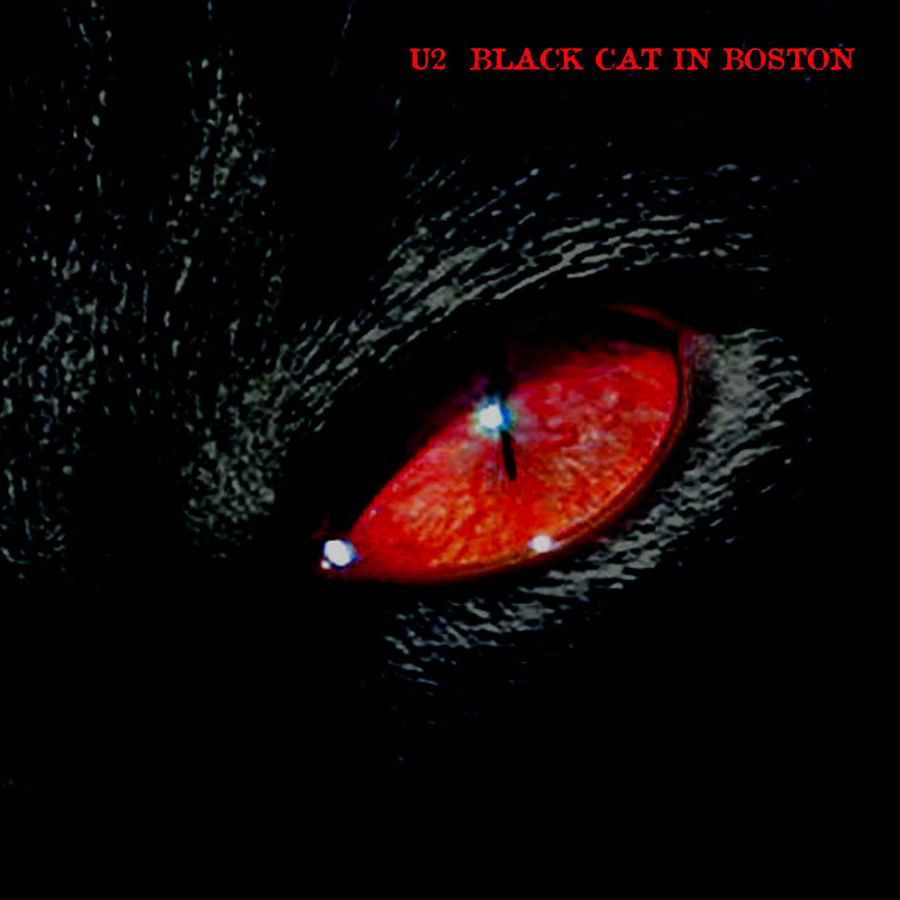 It's hard to imagine that over a quarter century has passed since the time this show, featuring an up-and-coming new wave band called U2, was recorded for the King Biscuit Flower Hour in the intimate Orpheum Theater in Boston.

It was shows like this that helped establish U2 as one of the most consistent and powerful live acts, and when the band exploded into one of the biggest bands of all time, there were a number of us who could say: "We saw them in a small venue before they were famous." Those days are long gone, but recordings like this are the next best thing.

In many respects U2 has not really changed that much as a live act (this recording sounds as though it could have been made on the band's last tour of the USA). It's fascinating to hear the band working with a set list made up mostly of early album tracks that did not become hits.

There are certainly a few of the hits, including "I Will Follow," "I Fall Down" and "October," but the band puts its focus into a number of tracks from the first two albums that are hardly played these days. Among them: "Another Time Another Place," "I Threw A Brick Through A Window," "Rejoice" and "Cry The Electric Company." One listen and it is clear how crucial The Edge is to U2's sound. He clearly controls the energy of the show based on how he starts his guitar at the onset of every song.

The band also offers up a fiery versions of "Out Of Control," "Fire" and the infectious "11 O'Clock Tick Tock". All in all, this is an amazing show that offers an early glimpse on what rock's future would clearly become.

This recording, part of this recording, or parts of this show are officially released by U2. Therefore we do not list download links but just list the recording for reference purposes only.
We hope you enjoy this recording! Can we ask you to write a short review after you have listened?.

Here it is my remastered version of the Boston 81 pre-fm.
I have mainly solved the bad phase problem occured
on the original recording.Then i have balanced the stereo
image and the eq.I have applied a light dynamic compression
to enhance the sound.All i can say is that the pre-fm
needed a remaster for sure.As i always say i do this
only for pleasure and passion so everybody can enjoy
the listening of this gig in their car,with their home stereo
or with their headphones without having to mess up
with the equalizer or the sound balance.
To tell you the truth it seems that the original tape is
cut in the high frequencies range...if it comes from a promo cd....
if they made a proper recording at least
they used 1/4 of inch analog stereo recorder...those tapes if well
preserved..they last long and do not present clear problems in the
high frequencies range...it seems to me that the cd was made from
a high generation tape made of the master tape...but who knows!
By the way the same recording on the Wolfgang's vault does not have any
phase problem and sounds better than the source posted here days ago.

"Real Life On A Cloud" 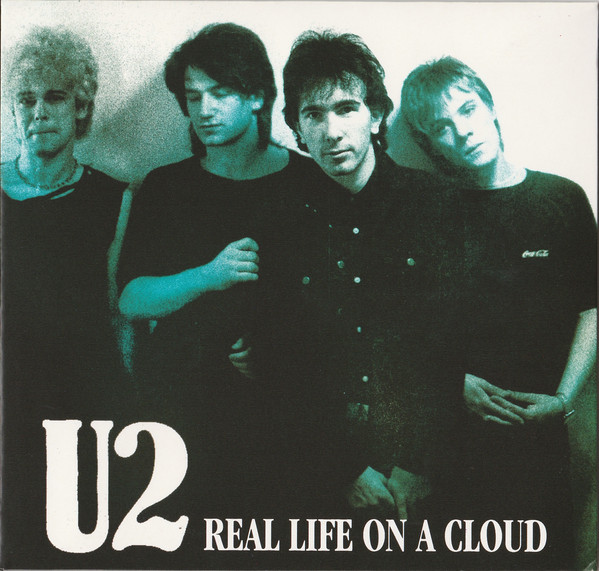