This part is only rated, not commented on
Recording: "Joshua Tree Uniondale 2" - 3 stars

Very good show, but sounds poor. Bono is not good with his voice. During Party girl a girl sung some part of the song.Great openinng with Bullet the blue sky. Highlights: Exit, Silver and gold, Helter skelter, Pride and One tree hill

JEMS' NOTES:
While JEMS was recording on DAT as early as 1989, many tapers didn't make the leap
until the mid '90s. During that period, some turned to VHS HIFi as a way to copy
and trade the highest quality copy of an analog master without DAT. This show was
obtained by JEMS circa 1993. The lineage is Master Cassette > VHS hifi > FLAC.
It is one of hundreds of audio recordings preserved on VHS HIFi in Jared's collection.
The best of them were transferred by Mike Ziegler in early 2017 after Jared's death.
BK

BIGGIRL NOTES:
Unfortunately this excellent recording comes with a lot of drop-outs, most likely caused
by the taper pausing and restarting the tape recorder as to make sure the whole show would
fit a 90 minute cassette. In this the taper almost succeeded as the first minutes of "40"
are still captured on tape. But, alas, this comes at the expense of many songs missing the
first few bars and omitting "Exit" and "Help!" entirely.
I smoothened all those "stop-and-go" transitions the best I could with either (cross-)fades,
or simply by joining the song "in progress". Still, what is captured of this night is very
enjoyable and, in my opinion, an upgrade compared to the Scott Zumsteg recording transferred
by M. Duchek (this is the same recording as "Joshua Tree Uniondale 2"). The music is nice
up front, while the audience "ambient" is comfortably distant, give or take a few moments of
nearby chat.
This was U2's second show after their one month summer break, and they were still warming up
to the slightly renewed set. Bono's voice wasn't in good health as he told the audience after
"In God's Country" - this is omitted in this recording, but it can be heard in Scott Zumsteg's.
Bono manages his voice quite OK though and the result is a very focused U2 concert.
There is a bit of a fun moment in "Party Girl" when Bono lets a young girl from the audience
join the last chorus. Earlier in the song he had already changed the lyric "when I was three"
to "when I was seven." 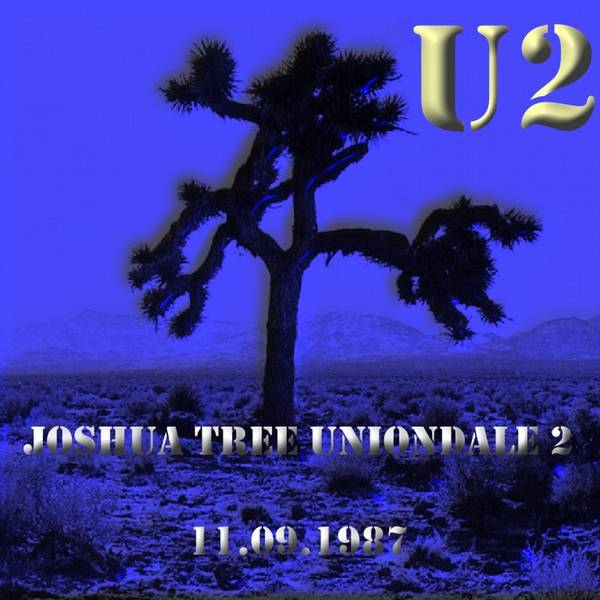