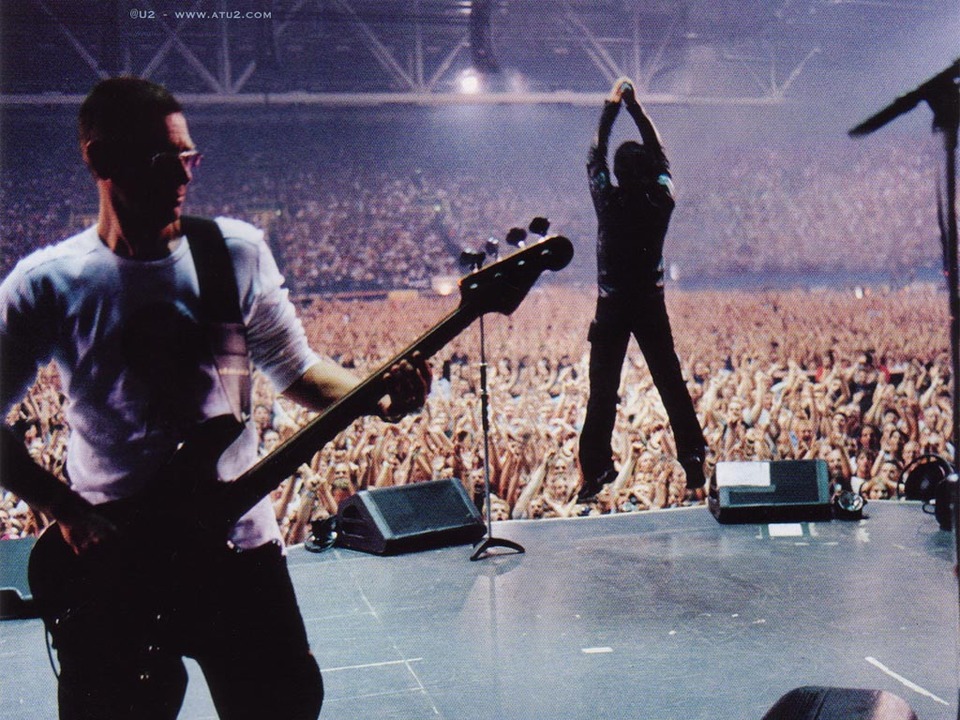 "This show was the first one I got on VHS tape and it just had such amazing energy. If I could go back in time and attend one concert, this would be it. "

"Joshua Tree was my favorite for years but Achtung Baby has edged past it. It is just an amazing album from Zoo Station to Love is Blindness. "

"This was the song that made U2 my favorite band. I’ve been listening to it for decades and it never gets old. The opening bass lines, the build up of guitar and drums and the haunting lyrics from Bono. I love how it builds up and then explodes. Just a powerful song. "

I first noticed U2 when I was 9 years old and I saw New Years Day on MTV. Sunday Bloody Sunday followed, Pride (ITNOL) and then I saw this extremely powerful performance at Live Aid. Then in 1987, Joshua Tree was released and they went from a band I liked to my favorite band and they've been in that spot ever since then when I was 13. JT reminds me of the summer before high school and my freshman year. I skipped school to buy Rattle and Hum when Sam goody opened their doors. Then in November of my freshman year in college I borrowed my grandparents car, as they lived a few blocks from my dorm, and drove a half hour to get Achtung Baby the day it was released. It was the soundtrack of that year which also included falling in love with my now wife. U2's music can charge me up, calm me down and/or draw me close to God. Their music is the definition of power and substance. I know the "cool" thing is to be into obscure bands but I'm loyal and I will love them until I take my last breath. I only hope I get to go out listening to "Where the Streets Have No Name" because that's where I'll be heading for eternity. I only hope I get to hang with the boys from Ireland sometime during my eternity in the Kingdom of God.