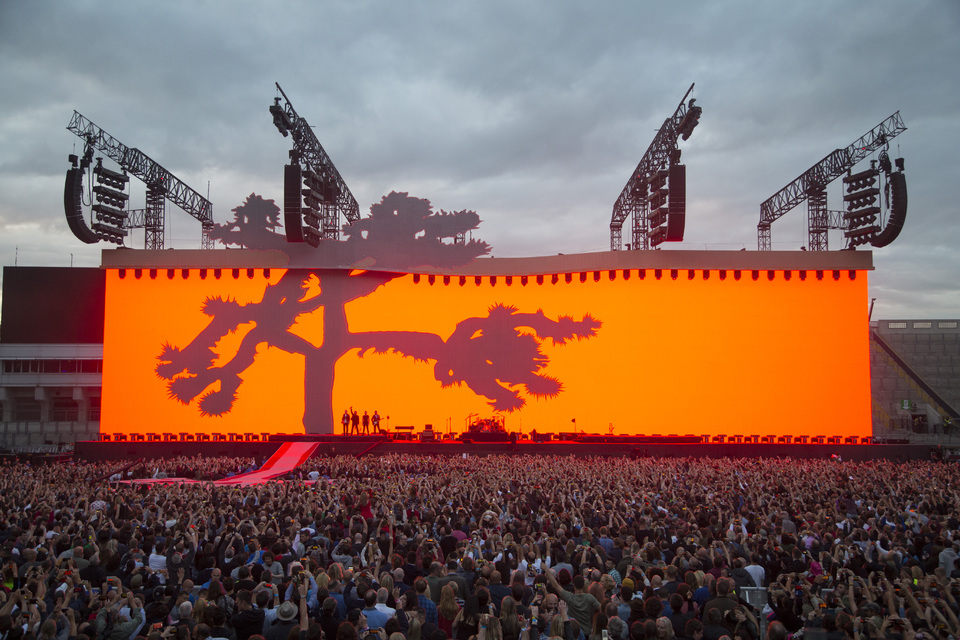 "I wasn't really sure what to expect in.."
All 4 reviews

The Joshua Tree
johnsms88 heard 11 songs from the album live.
All 14 albums

"Following up the mammoth 360 stadium tour was never going to be easy but U2 did it by turning things on its head and going back to arenas. But they did so with the usual innovation we have come to expect from them when they tour. I&E was such an imaginative tour with great staging and a fantastic variety of songs in the setlist. NB: I've only seen 360 and I&E live. I have obviously seen all of the others on DVD so this is my favourite tour that I have experienced live. Had I been grown up enough to attend ZooTV or Popmart, I'd probably be writing something else here."

"I travelled over to London from Ireland for two shows (29th and 30th). The energy at this show was brilliant and I was thrilled to hear Gloria live, not to mention my first time hearing my favourite song, Bad, live. The guest appearance by Patti Smith for People Have the Power was totally unexpected but amazing. I saw the tour again in the 3Arena, Dublin a few weeks later but with the adapted staging. It was also an amazing night with a local crowd but the full-scale of the London show was stunning."

"What a sound! A totally new sound! Zoo Station, the Fly, Even Better than the Real Thing, Until the End of the World, and Ultraviolet are all sonic masterpieces and One is the number one song of all time (by any artist). I wish I had been old enough in 1991 (I was 3!) to experience U2s reinvention as it was happening."

"It's so hard to pick a favourite. There are so many U2 songs that I love from Gloria to Exit, A Sort of Homecoming to Fez, Zooropa to The Troubles. If I have to pick a 'favourite', I suppose it's a coin toss between Bad and Streets. They're the two songs that always give me goosebumps when I listen to them. "

Something off a latecomer to U2. Was too young to appreciate music in the 80's and even 90's. Catching up as best I can now by going to as many gigs as I can these days.