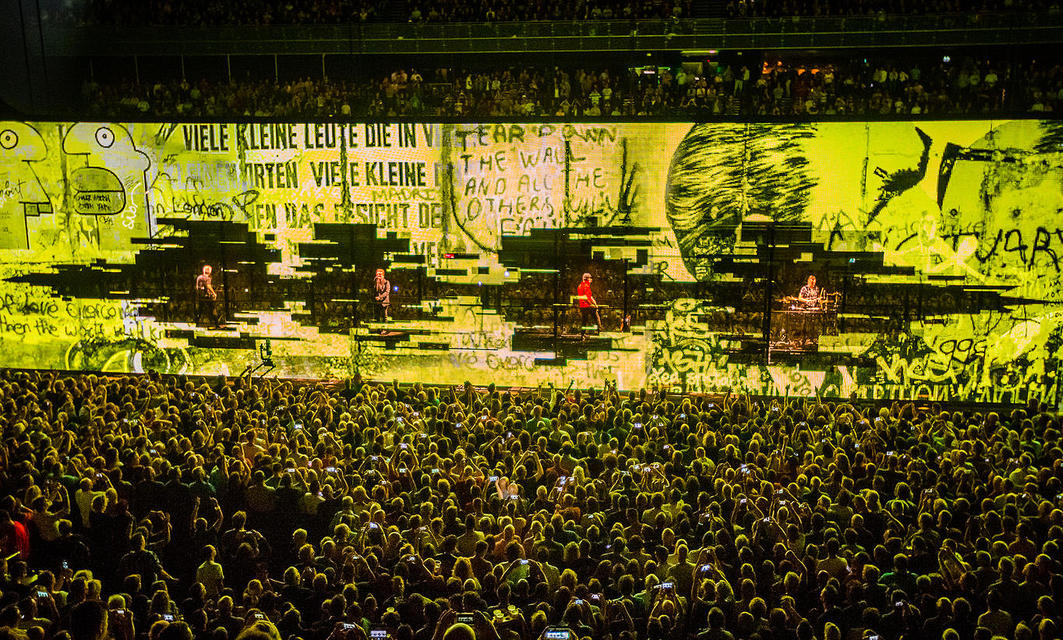 pleasegone has featured as a U2start fan of the month, read the full interview.

"Zoo TV is where U2 took that fantastic leap without really knowing how big they had become. They not only reinvented themselves, but took a ton of risks that nearly all paid off. They probably at this point passed The Rolling Stones as the biggest touring act, and pretty much held on to that longer than anyone ever thought they would. And they have so many amazing tours, so rating this one as the best shows how special it is to me. Joshua Tree 87, Popmart, Joshua Tree 17, and 360 all deserve praise, as well as nearly every other tour, but they all can't be the best now, can they? "

"The band was on fire this night. Probably even better than Sydney 1993. Had this show been the actual release, it would probably have the same reputation as Sydney. Perhaps the peak of Bono's voice in terms of quality. "

"Can't describe in a few words. I was 22, and so excited U2 had a new album. With The Fly, it was obvious they were going in a new direction, and the dink dink dink of the intro to Zoo Station was a concealed warning of the explosion that was about to happen. The Joshua Tree wasn't really chopped down, it was just transplanted to an entirely different forest that left some fans confused, and many older ones simply did not understand, and also brought in a ton of new fans. The band was stretched so many ways, and the production of Eno and Lanois was so unique, and so perfect for my favorite band. It's like they fully had passed The Police as my favorite band, and made sure R.E.M. would never pass them. My love for Zoo Station as one of the best opening songs ever to the mid section of gems like So Cruel and Arms Around The World, and the most eerie and beautiful closer, Love Is Blindness. It also beat the living Pizza out of the 1991 Prince release, Diamonds And Pearls, making me a little sad that my favorite artist took a back seat to my favorite band. Acrobat was the perfect set up song for Love Is Blindness. A challenging listen for myself at 22, as for a few years thought of it as the weakest song on an album with no weak tracks, but within a few years it became a top 5 on the album song. As much as The Joshua Tree captivated me and made me a U2 fan, Achtung Baby simply blew me away, and it still does. "

favorite song: Stuck In A Moment You Can't Get Out Of

"Ok, not sure if jokes are allowed in the profile, but I really do love "Stuck." It was a bit of new ground for a band going back to basics without totally repeating itself. But my favorite U2 song is One. I only cited Stuck, due it getting tons of hate here, but One is a song I have heard over 1000 times, and over 200 versions on various bootleg downloads, and at most of the 14 U2 shows I have attended. It is the heart and soul of Achtung Baby, my favorite U2 album. It is the peak of the band's powers, and Bono's voice on the Zoo TV tour is a master singer at the height of his powers. Amazing!"

Absolute Music Fan. Prince is by far my favorite, as he has perfected so many different genres and is very good to great at playing Guiter, Drums, Piano, and Bass. This is a U2 site, so talk of the Purple Guy will stop there. My life should be of little interest here, so I will say The Police were my first concert in Tallahassee, but I wanted the J. Geils Band to be the first one. I was not allowed, and years later after becoming a U2 fan, I found out that U2 had opened for Geils that night(October Tour), which still frustrates me! I was a bandwagon Joshua Tree fan who did not like TUF or War, but by June of 1987, I had the entire catalog, and by 1993 they were my second favorite act. I will say Achtung Baby is my favorite release, but Pop is somewhere in my top 3. I think I like commenting on it because I get it, and I really don't think too many do. Sadly, I don't even think U2 get it anymore, as they don't play anything from it live anymore, and in a Rolling Stone overview called it a "Hangover." Nonetheless, I ask anyone who does not like it to grab their copy out of their attic, and if it is not scuffed up like mine, you have not listened to it enough. Some Favorite Standout Songs sort of but not really in order: Party Girl(Live), The Electric Co, WOWY, Heartland, One, Love Is Blindness, Acrobat, Please, Gone, Mofo, In A Little While, Stuck in A Moment, Crumbs From Your Table, Magnificent