"I sang every word all night long"

Read our show interview with CMIPalaeo

Support act: The Lumineers
Setlist and comment provided by U2gigs.com.

Very high energy. U2 seems to continue to perform at peak and never disappoints!

Audio quality is not the best, too much audience interference in the recording, tonality is quite muddy and often seems to fluctuate between having too much emphasis on highs or lows and not very well balanced, but overall captures the experience well.
Recording: "AT 933 - Edirol R-09" - 3.5 stars

I would say that audience participation was on par for any other U2 concert, singing along to every single song completely (except for the new one at the end of course).

This was yet again another amazing performance by U2. Bono was on point all night and Larry, Edge and Adam were all very high energy. Fantastic to visualize the album on the big screen and get to hear one of my favorite U2 albums live from start to finish. Great touch of songs before and after that were a wide variety and possibly also many of my favorites from their other albums. New song was also great to hear at the end!


Notes: Additional remstering assitance provided by Sharebear. There was
an obnoxious clapper near me that I couldn't scoot away from. Sharebear
was able to remove most of the clapper in Izotope. 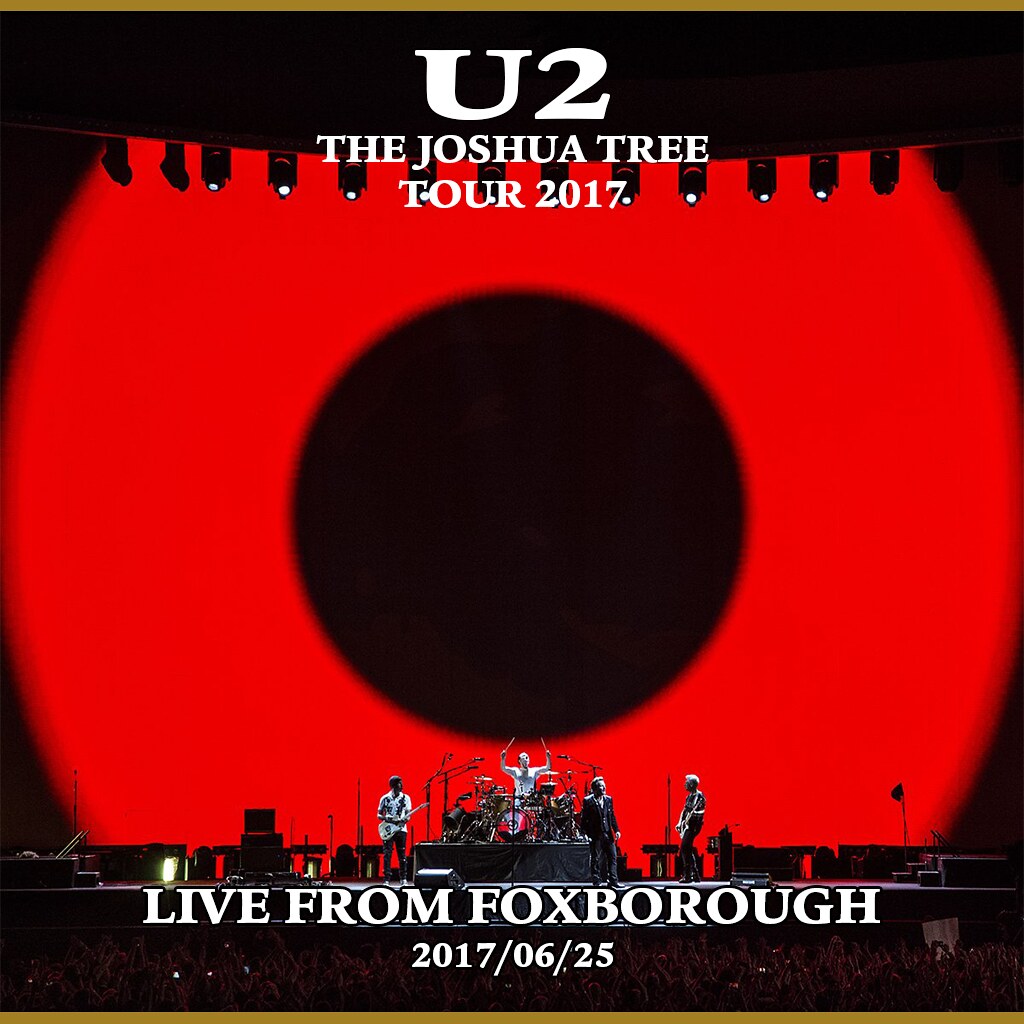 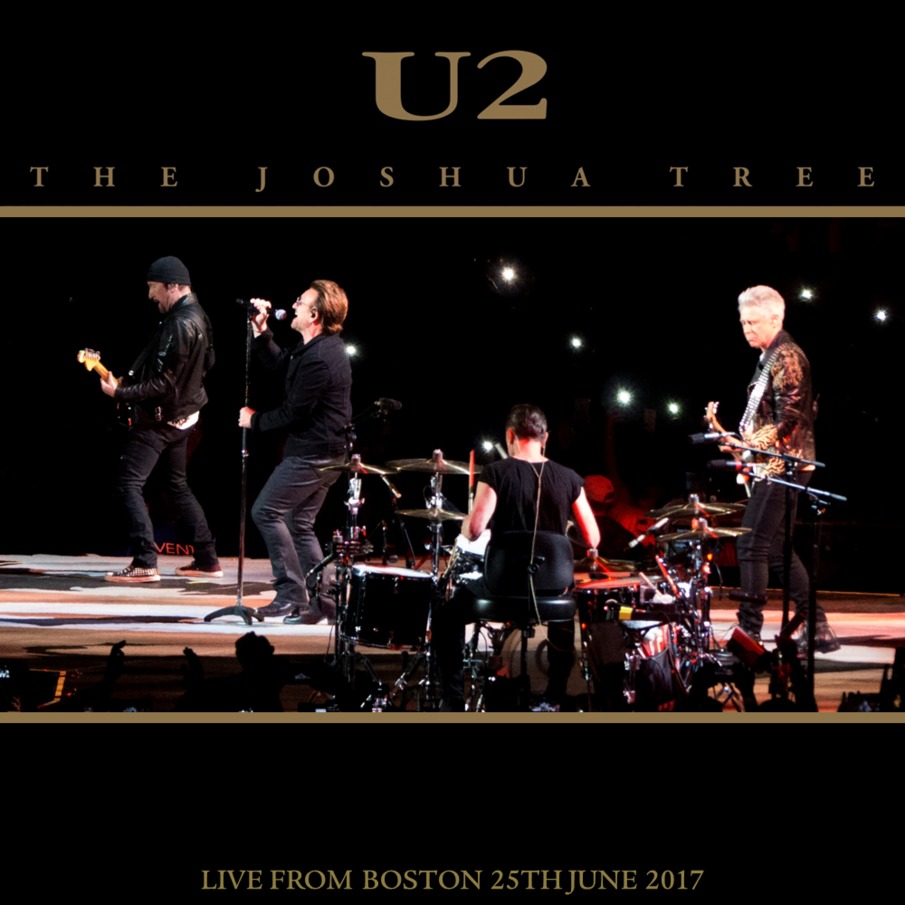 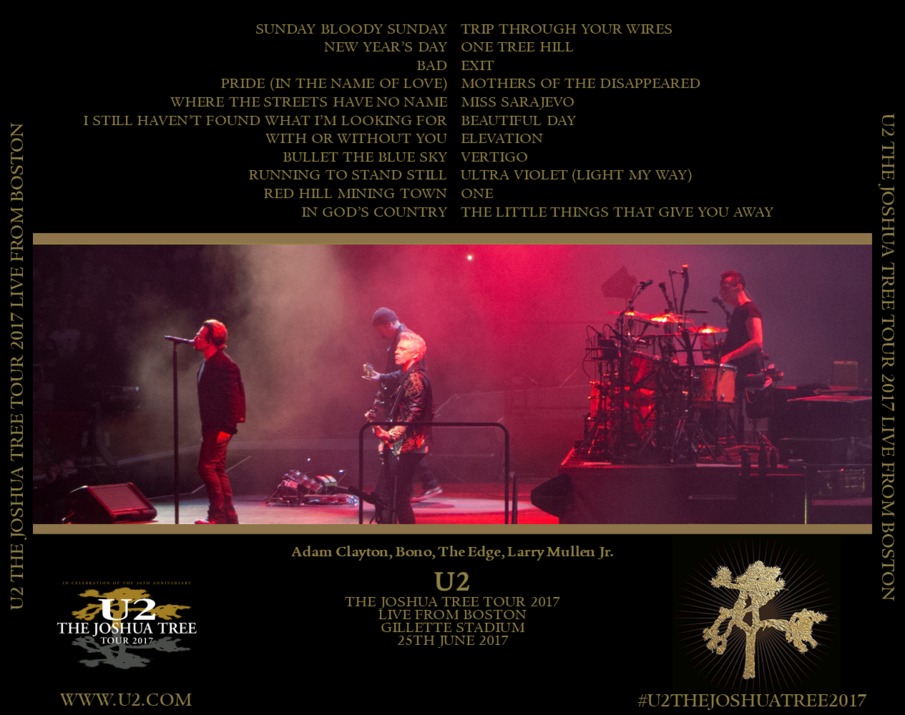 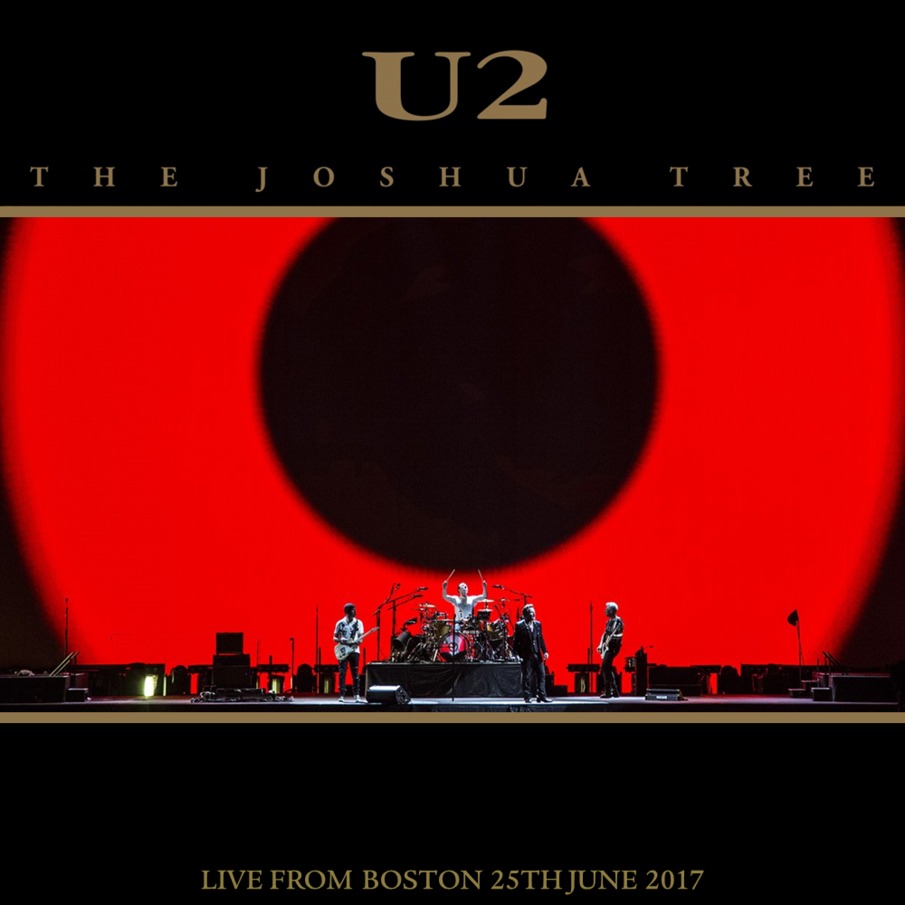 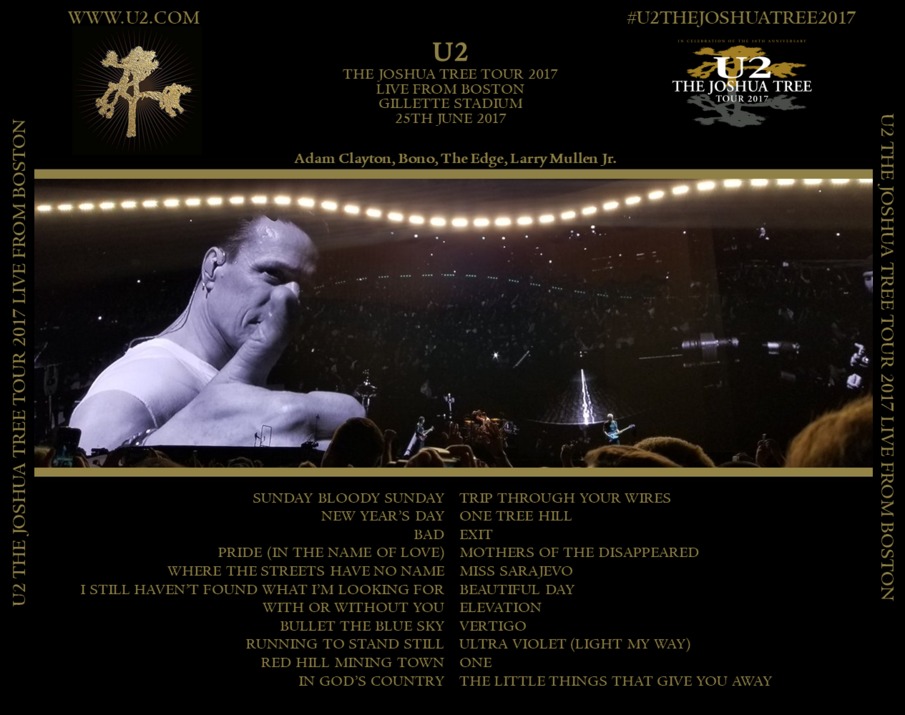 - Taper trusted his recording to u2start after a successful lobby of Nate
aka nbkraft. Excited at first to have a complete JT2017 Foxborough, or
"JT2017 Boston," but soon somewhat disappointed because the recording suffered
from severe rumble caused by wind blowing at the mics, and sometimes the music
itself gets somewhat blown away.
Not uncommon however to outdoor recordings and not necessarily a huge problem
if it weren't for additional distortions during BTBS all the way up to In God's
Country. These distortions sounds like someone actually rubbing the microphone
and they were very annoying to say the least.
I managed to clean up most of the rumble with the iZotope RX 5 “spectral repair,”
but the above mentioned section (i.e. BTBS, RTSS, RHMT & IGC) is still
substantial compromised. Here I had to choose between “microphone rub” and
“process sounds.” It could have been done differently – and no doubt it could
have done better – but I can only hope that even with these sub-optimal tracks,
this share is still worthwhile.

Thanks again to squintyt4e/bp for trusting his recording with me (and u2start!)

Special thanks to Nate for all his efforts to make this share possible in the
first place!

^ NB: Taper claims to have used a "Illudium Q-36 MSYC" next to the
AT 933 and Edirol, but I have no idea what that could be other
than some reference to Marvin the Martian's "Illudium Q-36 Explosive
Space Modulator." According to urbandictionary.com, "it is a fused
device used in a contraption designed to destroy large heavenly bodies,
namely Earth."
I trust it is some kind of insiders joke (of which I'm obviously left out!),
but perhaps it will someday be explained to me...