Performance notes: This concert is filmed by the BBC. The Ocean, 11 O'clock Tick Tock, The Cry/The Electric Co., and Out Of Control are broadcast.
Setlist and comment provided by U2gigs.com.

U2 came to Belfast ready to perform! Bono's voice is a little raspy but it barely takes away from the performance. He is very happy with the crowd hyping the band up and sings really well because of it. The Edge and Adam are on point as well, and Larry sounds great too. Even in the bonus tracks, the band sounds really good!

This particular recording includes some of the main Belfast show along with some 'bonus tracks' from the Boy Tour era. Both the officially broadcast and other tracks from Belfast sound astonishingly good. The bonus tracks are also clear as day. Adam's bass really comes through on some tracks too. Overall, this recording is a very well put together compilation!
Recording: "BBC Northern Ireland - Original broadcast 1981" - 4.5 stars

This show has one of the best audiences of the whole Boy Tour. The show opens to them chanting U2, and they cheer extremely loudly for every and during each song from Belfast. The enthusiasm for U2 is through the roof! The bonus tracks included in this recording also have good audiences, with the excepcion of The Ocean which was broadcast on The Whistler television show.

The highlights are the four officially broadcasted tracks, along with the bonus track The Ocean. The audience's enthusiasm combined with the band's amazing performance makes this a great Boy Tour show for any early U2 fan. Highly recommend!

NOTES:
Originally broadcasted by the BBC on August 12, 1981 &
re-broadcasted on BBC Four on March 16, 2019.
The four U2 songs were alternated with the set of Stiff
Little Fingers, so I had to make some edits. An while
at it, I also reduced a few odd peaks here and there so
volume could be adjusted without any clipping.
The good news is that BBC 4 seemed to have aired this
rebroadcast without significant loudness boost (if any).

Recorded by the BBC at Queen's University, Belfast
Broadcast on BBC Northern Ireland 14.04.1981 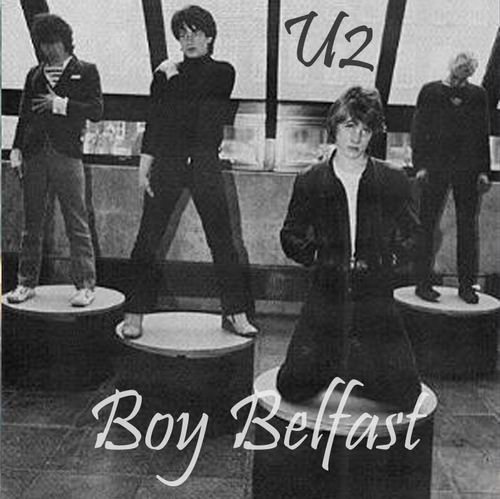 Here's another one while I have out this big BOY Tour CD wallet. I've seen another bootleg of this show called "Boy Belfast" but it only had 10 tracks, where this has 11 (it includes the introduction of the band by the BBC announcer stating various accolades). Very nice early FM broadcast.