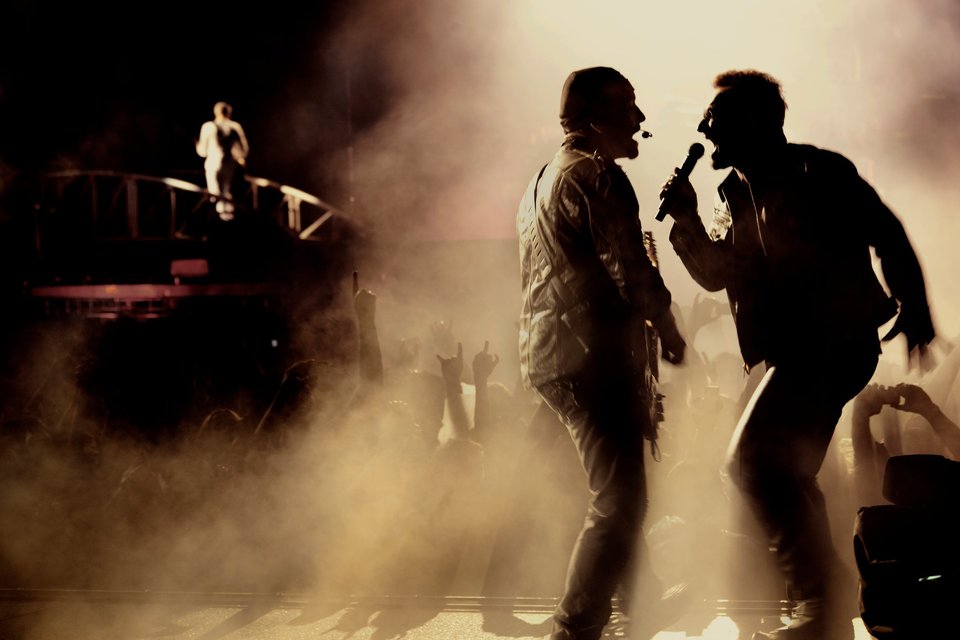 As a young lad I went down to Dublin From Belfast to see The Police play in Lexlip Castle. one of the support groups had a great sound but I thought the lead singer was a bit of a prick! went to see them again in Queens University Belfast and was hooked. They were amazing and yes I can see my excited little face in the crowd on the video! then slane(one of my photos from then as my avatar), Maysfield leisure Centre, Phoenix Park. One of the best concerts I ever saw was when they slotted Belfast Kings Hall in to the Joshua Tree tour. To see it in such a small venue (then in Croker later on) was an emotional uplifting experience. I still get a shiver up me spine when I think about it. Another shiver comes to me when I think of Popmart which again they squeezed in at the last minute the peace process was looking like it was gone, and they sang please.... Got to Slane the next time which was amazing, then Croker for Vertigo 3rd night, Paris and Croker again for 360. I got my dented sense of Irish pride back again in Paris going mad for our lads, and the spectacular energetic event that was 360 again in Croker, seeing All the people who had travelled from accross the world to our Country because of U2.Wow. I have a few photos I took at the early concerts, I must get around to putting them on line sometime. Oh I changed my opinion of the lead singer! There was still an occasional Cringe in the early days, but what a singer, what a performer,what a writer. He may have his critics, but how many can say there are people alive in this world who would'nt be if it hadn't been for them?? Good on you big lad! And Thanks to everyone who put up bootlegs of the concerts I was at, jaysus the memories thats brought back! I forgot popmart "THIS IS NOT A REBEL SONG" (cheer)" its a song by Elvis Presley!" Priceless