Performance notes: Due to Bono having vocal problems, three Sydney shows scheduled to precede this concert were postponed until November 1989. During Where The Streets Have No Name, Bono exclaims "I can sing!"
Setlist and comment provided by U2gigs.com.

An alright performance on the 1st leg of the Lovetown tour with everyone putting on a solid albeit sloppy in places performance, Bono also sounds a bit rough in places though, that could be due to the fact that he is still recovering from laryngitis as this and he does mostly get better as the show progresses and Edge ever puts in a solo during Van Diemen's Land which, was nice to hear but, overall I'd say there are a lot more shows on this leg and the European leg where the band put in a better performance.

Unlike most of the people listening, I didn't really find anything wrong with the sound here, other than the fact that the soundboard has gone through a couple of tape generations which, does make the recording sound overblown and distorted in spots.
Recording: "Race Of Angels" - 3.5 stars

So... If I'm going to be honest here, this has to be one of the weakest Lovetown shows I have heard so far, but, it still had its fair share of good/interesting moments in the mix which made the performance slightly more interesting though, I would personally put on better shows if I wanted to hear something from this tour leg or from Lovetown in general.

Highlights:
The Unforgettable Fire
All Along The Watchtower
People Get Ready
Van Diemen's Land
When Love Comes To Town 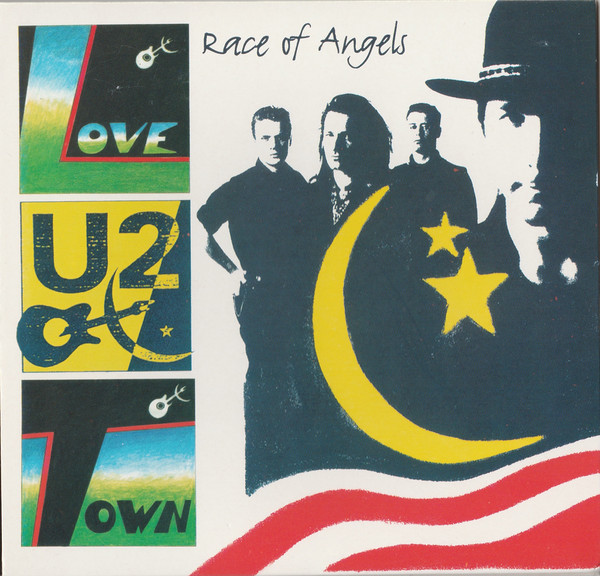 Comments (FLOM):
The band was in fine form this night; it seems as if Bono had something to prove after canceling shows in Sydney a week earlier. In fact,
Bono was so hyped up that he tumbled off the stage during "I Will Follow."
The show itself is only let down by a few edits at the beginning of "Where The Streets Have No Name," "Bad," and at the end of "40,"
but otherwise, it is a good offering.
The band performed almost all the 'Rattle And Hum' material they would ever do,
including "God Part 2," "All I Want Is You," "All Along The Watchtower," "Angel Of Harlem," "Love Rescue Me," and "When Love Comes To Town."
As an added bonus, Edge also performed "Van Diemen's" Land and Bono inserted snippets of "Norwegian Wood," "You've Got To Hide Your Love Away,"
and "Walk On The Wild Side" into "Bad."
The bootlegger has also added a few extra tracks from the Sydney show one month later.
This includes a brilliant performance of "Hawkmoon 269," which was only played on this leg of the tour.
This tour remains the last one they undertook before the band totally overhauled itself and re-invented itself with 'Achtung Baby' and Zoo TV.
Contains the entire Adelaide show, from a soundboard tape. Bear in mind that Bono was having voice problems during the Adelaide show,
especially evidenced during "Bad" where he loses his voice, coughs and apologizes for having no vocal range. 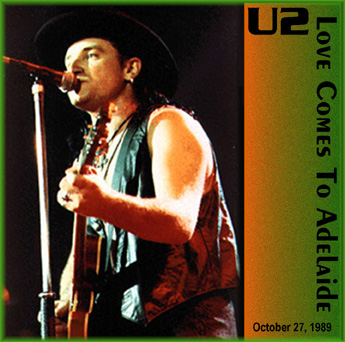