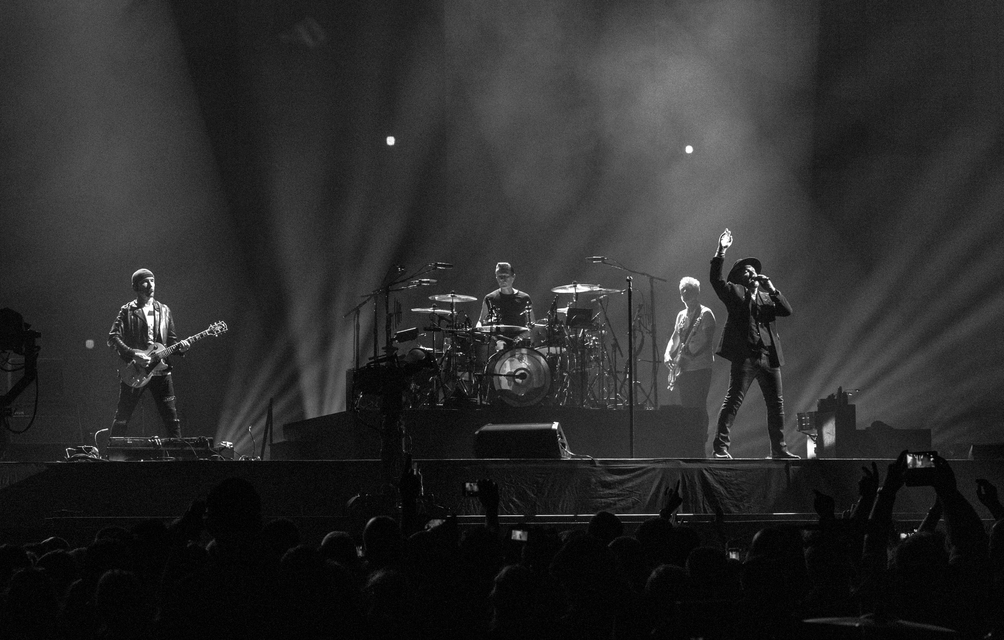 Interests:
Soccer and U2
Forum posts:
14
Registered:
13 years ago

"I have seen 4 unforgettable shows in Dortmund, Kiel and Rotterdam (2x)"

"All 20 shows were special. I have chosen this one because it offered a lot of energy and emotion. And the setlist was fantastic with only pure Rock 'n Roll songs!! This show is well deserved part of the U2Start.com list with "most amazing U2 shows ever" "

"All their albums are special. The #U2eiTour with many Achtung Baby songs Made me realise how special this album is."

"It still gives tears in my eyes. The lyrics, the guitar, the drums and the emotion"

I became fan in 1983 after seeing Lorelei Rockpalast on TV. After that show I think I bought Boy, October and War at once. After Live8 My biggest wish was sure to see them live. After queing at Local VVV for 14 hours I had my first GA ticket: Rotterdam de Kuip 11/7/87. Great memory. Since then I saw them every tour. For the first time frontrow GA at love comes to town in Rotterdam Ahoy (2x) including final show. And my feeling was: maybe the last show ever. After the release of Achting Baby I tried to get tickets for Ahoy but not successful. Therefore next stop Germany (Dortmund en Kiel). Kiel was very special since iT was the smallest location in the tour (approx 3000). Both times close to the small stage. I think at that time they introduced the small stage. After the indoor Zoo Tv I saw them 2x outdoor in Rotterdam. What an Experience . Next show was 1997 Pop in Rotterdam (again and unfortunately so far for the last time). I believe iT rained almost the entire show. If you ask me: Which of the 20 shows so far was the least, then I think this one. Show was more important than music. But stil I would rank iT 3 stars! Elevation tour was special (again). I swopped my Utrecht tickets for Cologne due to vacation. However than many things happened. Utrecht gig was changed into Arnhem (my hometown) and my vacation was canceled due to private circumstances. On august 1st in the hospital I saw that additional tickets were available. I broke speed records and bought the last 2 tickets for the second night via Postoffice, just hours before the show. IT was an emotional show! For the first time no GA but no problem!!! In 2005 first time Amsterdam Arena. Everybody complaint about the sound but at the front GA iT was oké . I saw 2 super shows with different setlist. For the first time my U2 mate for years didn't join me. In 2009 the 360 tour, twice Amsterdam Arena. First show i had no GA tickets and I enjoyed the music maybe more than ever. Seats were perfect. But the second show again GA and iT was A real party in the heart. Again maybe best show and setlist ever ;-). After 5 years waiting 2x U2ieTour. Ziggo and Antwerp. At Ziggo I met Nice people who I would be meeting again at JT17 and U2eiTour. Great show and maybe the best sound ever. Much better than Arena. Then Antwerp was also special: my 50th birthday. A show never to forget, together with my wife. Both U2ieTour shows GA row 2 small stage. In 2017 2x JT30. AMS1 I experienced as very emotional. Great show and I felt iT deep in my heart. I don't know why, iT was just that feeling, that moment, that crowd, GA spot... the final show at Brussel was less emotional but with better sound (than Arena). At first I was A little afraid for terror but my thought were "love over fear". Great setlist again and weeks after the show I still thought about JT30 every day. 2018 is A year to remember. Ziggo was again sensational but Dublin 1 was top of my bucketlist! First time Ireland, Great GA spot at E-stage and the fans were super! Again very emotional concert. Maybe the best setlist ever! My dream really came true! Never to forget I hope I will be able to enjoy U2 shows for many years to come! For now I Thank U2 and its fans for all the joy and happiness