This part is only rated, not commented on
Recording: "JEMS Archive via BIGGIRL" - 4 stars

18/3/1992 - East Rutherford, New Jersey - This review has spoilers
Generally all round a pretty standard Zoo TV show, which still means it’s very great. Zoo Station is pretty fantastic here - there’s a nice improv on the bridge from Bono and some lines have great phrasing. Even Better Than The Real Thing sounded pretty weak in places for Bono - he isn’t that aggressive here which doesn’t give the song much punch. One is very messy for Bono and the band mess up at the start, but Until the End of the World is an INCREDIBLE version - Edge changes up the riff for a moment here, which is something I’ve never heard before, and Bono goes absolutely all out here, he’s INCREDIBLY aggressive. Other highlights to mention are the Bullet the Blue Sky solo, which starts off sloppy but Edge more than makes up for it and Where the Streets Have No Name, where Bono is once again the star of the show. The encore is generally great, all songs are as good as usual, and Desire and With or Without You featuring their sporadic snippets is a huge treat too. The latter is actually extended as the band continue to play, which is something I’ve never heard before on Zoo TV. Love is Blindness is as great as usual, which is nothing surprising but Edge makes up for a couple lyrical errors from Bono. Another thing to mention here is the audience are ROARING at this show. Bono even alludes to this himself, and he’s absolutely right. Overall, this is a great show, which is the Zoo TV standard pretty much. It’s definitely worth a listen.
8/10

JEMS' NOTES:
While JEMS was recording on DAT as early as 1989, many tapers didn't make the leap
until the mid '90s. During that period, some turned to VHS HIFi as a way to copy
and trade the highest quality copy of an analog master without DAT. This show was
obtained by JEMS circa 1993. The lineage is Master Cassette > VHS hifi > FLAC.
It is one of hundreds of audio recordings preserved on VHS HIFi in Jared's collection.
The best of them were transferred by Mike Ziegler in early 2017 after Jared's death.
BK

BIGGIRL NOTES:
This recording from the JEMS Archive has been in circulation since the 90-ies as a
1st GEN copy coming from the taper RL (Rich). Initially I had some trouble to locate
the exact source since the JEMS Archive didn't have any information other than being
transferred to VHS, and from VHS to digital by Mike Ziegler.
After posting this recording on dime I came in contact with Rich who recognized his
recording and recalled trusting his master with Steve Hendrix. As such we were able
to establish the correct lineage, as Steve was known to make back-ups of masters on
VHS. And Steve was in contact with Jared (the famous "J" of JEMS).
Rich said that he taped the show with the mics attached to his baseball cap and that
he was positioned in section 125 Row 14 Seat 5 of the (then called) Meadowlands Arena.
The master cassettes were two Maxell MX-SII-90's.
Regarding the VHS copy of the master from the JEMS Archive, I've cleaned it from some
electrical VHS "hum" with the RX 7 and ran a mild de-click as well. The "Spectral Repair"
was mainly used to remove some bumps and spikes, but I did take out one or two close and
loud whistles as well. As far as I can tell the pitch (or "speed") needed no adjustment
(checked in Audition with "Spectral Pitch Display").
The audience certainly was hot and intense, and Rich had a great spot keeping the crowd
noise at a good distance, whilst capturing the music pleasantly clear. U2 put on a good
performance with Bono hitting real high notes. Still, being just one night after the
fabulous show on St Patrick's Day in Boston, it does seem that the band was unable to
reach the same heights. Which is only natural. However the cohesiveness of the ZOO TV
set provides a solid backbone for just another great night of this legendary U2 tour. 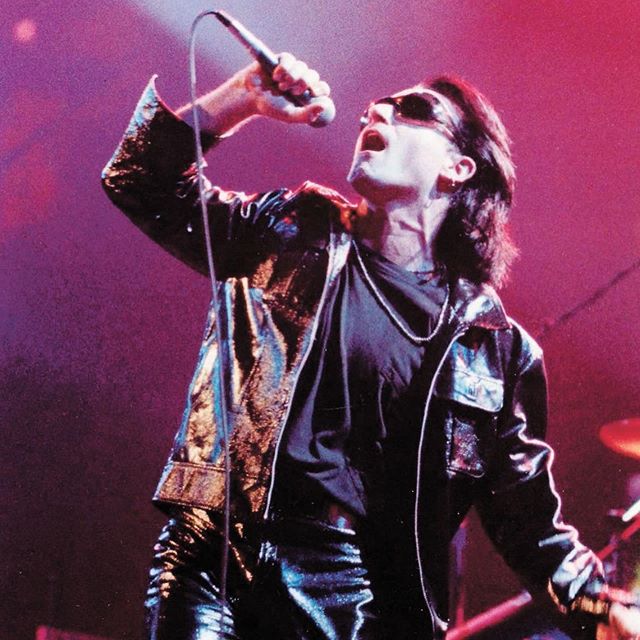 Updated info after the lineage of the master was established (see JEMS Archive via BIGGIRL).
This is the transfer made from the 1stGEN that the taper (RL) kept after trusting his master with
Steve Hendrix.

PS: this file was previously known as "Unknown Analogue Generation" 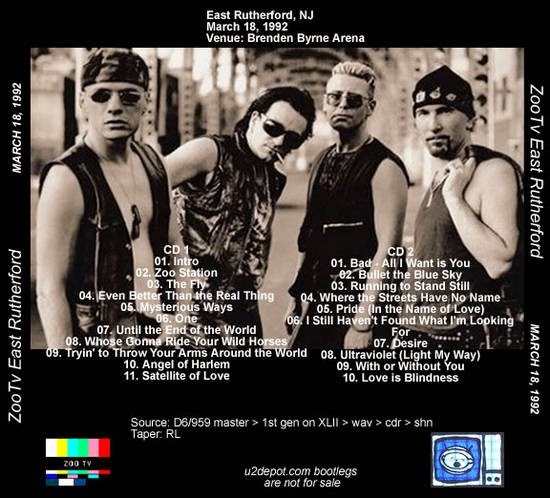 NOTES:
I have had this tape in my collection since apr/may 1992
purchaed from a UK bootleger who claimed to have been to
America to tape a few shows. He was known as Alex and had
numerous stalls in Portobello and Camden Road Markets.
I therefore believe this to be very low gen and gauranteed
lossless 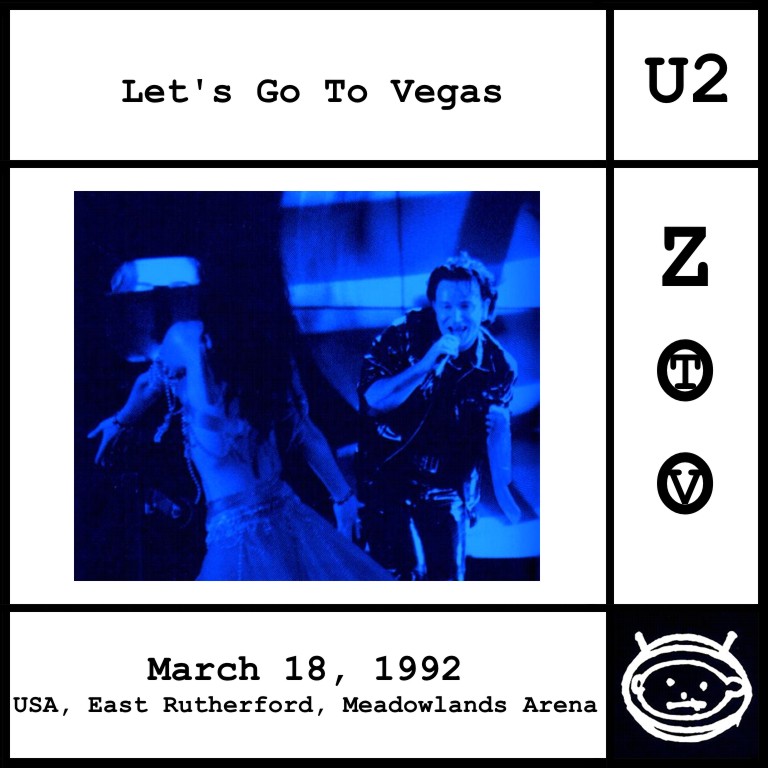