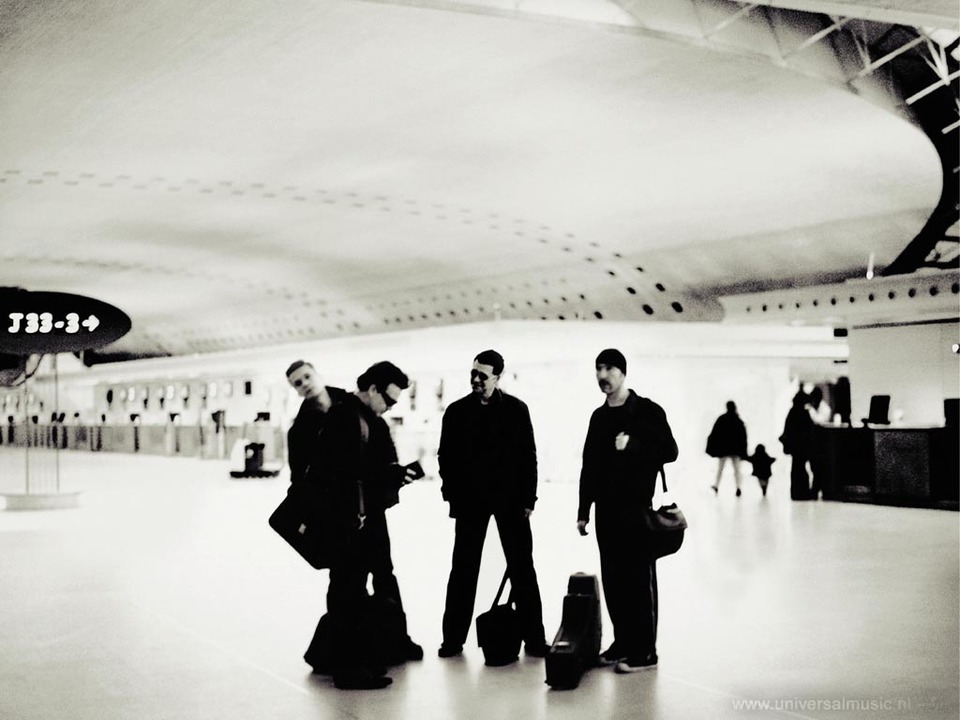 "Met Bono, Edge & Adam in Seoul. Bono was so warm and gentle, as I had expected."

"The idea behind can represent U2."

My U2 fandom started with a reprise version of WOWY appeared in a Japanese drama series "A Sleeping Forrest" broadcasted in 1998. I bought "U2 Best of 1980-1990" afterwards. Since it's a bit inconvenient to skip tracks with a discman just to listen to WOWY, so I simply played the whole album and became a fan. Later, ATYCLB became my favourite and I felt the urge to watch them live. So I bought a Paris show ticket online (with my friend's credit card cuz I didn't have one back then) and took a long flight (I remember having to transit in Sri Lanka, whole journey took around 18-20 hours) to see my first U2 show. Not a pleasant journey especially when I knew that my luggage was lost. Luckily I met a Paris guy and he helped me to report my case at the baggage claim counter since I didn't know french at all. He also helped me to find a cheap and nice hotel in the superb with his sister's car (his sister came to the airport to pick him up). Thanks to this guy, he's my angel. Anyways, the show was awesome (of course). When I heard the acoustic version of Stay, I could feel the vibration from Edge's guitar strings and Bono's voice caught my heart. I thought to myself, "So my music journey has reached a complete fulfillment due to this concert! And I'll be a U2 fan for the rest of my life simply because of this song!"