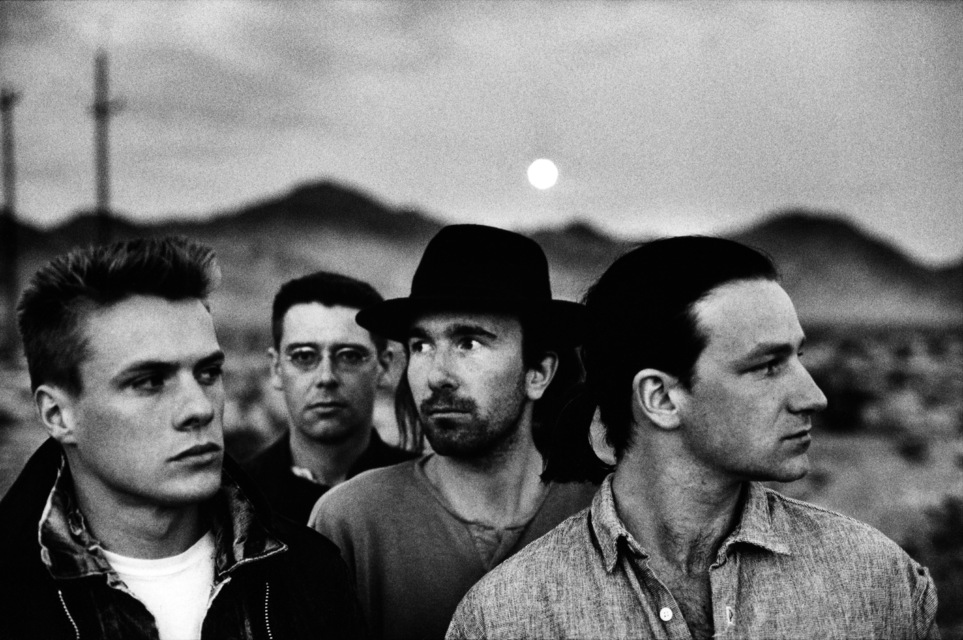 Interests:
U2 - I would sacrifice most things for them. Even, U2 first and foremost; triathlons before injury; football - a season ticket holder with my son at Sheffield United. Apart from that I'm a taxi for my 3 kids
Forum posts:
58
Registered:
10 years ago

"Everything from the pre show Big heads, interference, the hypnotic marching noise, subliminal messages on the TVs. Then the music - wow, mind blowing. Cheeky and loveable Macphisto. It was sheer amazing."

"My first ever U2 show. It was Zoo TV. It was the Edges birthday. I was only 15 The addiction truly took hold!"

"There is not one poor song on the album. It is timeless too, you put it on now and it still sounds fresh. I must have listened to it thousands of times and not bored."

"Just good memories even though the lyrics might be a bit dark. It was the longest song on Achtung Baby so, value for money and as a skint youth, I used to pick it on the duke box where we hung out. And it has stuck with me ever since. The lyric "oh love, to stay with you, I'd be a fool" feels so right. I was nearly splitting up with my partner over a bit of youthful shenanigans in 98 and heard that line. 20 years later and 3 kids to show! On the other hand , I could have been free to see more U2 shows ;-)"

I started liking U2 post Rattle and Hum. I think Heartland is my favourite off that album. Achtung Baby had me hooked and went to first show on Zoo TV at Celtic park in '93. Favourite album is Achtung Baby. Best songs has to be Acrobat and So Cruel. I would love to see those live, also a few older ones like Tomorrow and Fire. My least favourite album is All that you can't leave behind. It has some cracking songs on it but I find new York irritating and Beautiful Day overplayed. I used to be a real collector buying anything I saw with U2 on it. Got loads of posters, magazines, t-shirts, VHS etc. I even have a U2 mirror. And have the inflatable Lemon tucked away. Sadly, my posters haven't seen the light for nearly 20 years. That's my missus for you! I love bootleg recordings. My favourite is Zoo TV from roundhay park, Leeds on cassette. Bono says, "makes Wembley look like a bowling green". I was there and I've never seen so many people. I also had a recording of Automatic Baby and loved it. Sadly my radio got stolen with the cassette in it. Currently enjoying Joshua Tree New Roots. I really recommend it for Exit and Running to a Stand Still alone. I've been fortunate enough to meet Bono, Edge, Larry and Paul McGuiness. The latter told us Snow Patrol was his favourite support act. And that was after the likes of Oasis and Red Hot Chilli Peppers. I got into the heart on Slane 1 at Elevation standing right next to Chad Smith from the RHCPs and jumping into him when U2 were on. But that isn't my favourite show. Zoo TV has to be for the whole experience. I was only 15, miles away from the stage but in total awe. All the interference, videos, screens - sheer amazing especially when Where The Streets came on with the flames in the background. Other notable mentions is 360 in my city of Sheffield. A tiny venue where the stage towered out and you could see it from miles around. Bono was right in front of us and we could see some of Sheffield in the background. Great show, cheap and back home and in my own bed by 12! Best live song sequence for me is pop mart where Please fed into Where the Streets. Most underrated album is Pop. I also think No line gets unfair stick; magnificent, moment of surrender, unknown caller, I'll go crazy from 360 show and no line on horizon (b side version to get on your boots) are really good. Favourite song at moment from SoE is Love is all we Have Left. It sounds experimental, like going back to the days of Zooropa and Passengers.