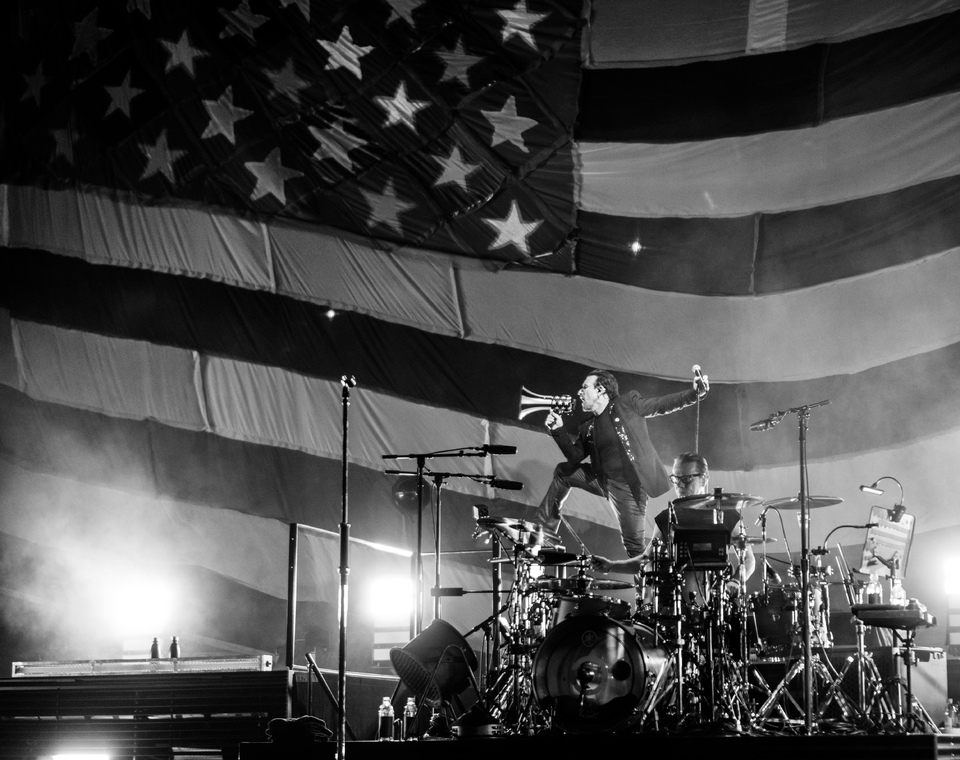 "Amazing show! Red Flag Day made a rar.."
All 4 reviews

"It is always hard for me to narrow down U2 favorites and they frequently change. Right now I feel that my favorite tour was the Elevation Tour. So many memories of this tour, being in GA, seeing the band multiple times, the post-9/11 shows, etc. I also loved how they changed the setlist from Night 1 to Night 2 to Night 3... in cities with multiple shows. Chicago got 11 O'Clock Tick Tock and Out of Control, not to mention a ZooTV show on 5/16/2001. During this show I Still Haven't Found What I'm Looking for was played acoustically...so many surprises on this tour!"

"I know its strange that I would pick The Elevation Tour as my favorite tour, but my favorite show was from the Vertigo Tour. Again its difficult to narrow down to 1, but this show, I was on the front rail after being 'Vertigo'd' during admittance, and what an experience! The show featured a great version of 'Bad' as a show closer, plus 'The Ocean', 'Gloria', and 'Original of the Species'. 1 of many favorite shows for sure!"

"Ah, the never ending battle in my head of The Joshua Tree v. Achtung Baby. I give Achtung Baby the slight edge due to how great the unreleased songs are on the album. 'Acrobat', 'Ultraviolet', 'So Cruel' are great U2 songs and when you add 'One', 'Until the End of the World', 'Mysterious Ways', 'The Fly', and '...Horses' to the mix, it really makes the best album for a band with many very good ones. Shout out to Pop though....very good album that doesn't get the recognition it truly deserves!"

"Again, tough one....if this would be best live track, I would go "Where the Streets Have No Name" or "Bad", but 'One' is still tops in my mind (both album and live). Close seconds: 'Beautiful Day', 'Sunday Bloody Sunday', 'Pride', 'With or Without You', 'Every Breaking Wave', and 'Moment of Surrender'."

I have been an obsessed U2 fan for 20+ years. I have been lucky to have seen U2 several times in my life, and it is safe to say they have been a big part of my life. U2 have been there for me in so many ways, during the highs and the lows. During my high school years, my college years, they were played at my wedding, and I have experienced them with so many people I care about family, wife, and now my kids.