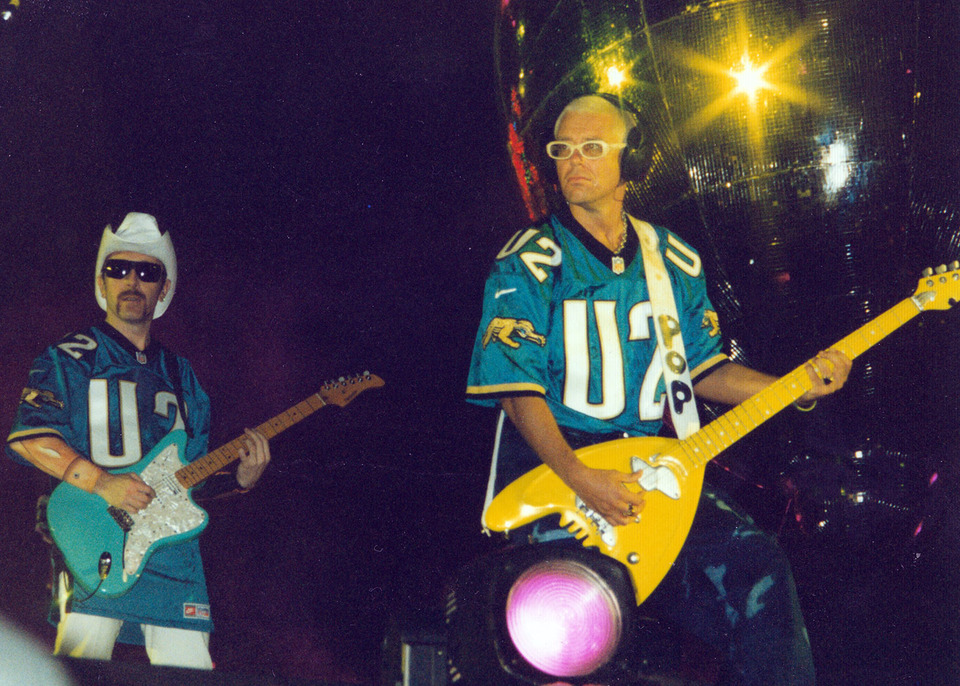 "Those were the days for good setlists!.."
All 1 reviews

u2joost has featured as a U2start fan of the month, read the full interview.

"I went to thirty-one (31) U2 concerts so far (I’ve been very lucky) and the memories are all very special to me. I remember Bono losing his voice in Amsterdam in December 1989 (this concert was stopped halfway through because of that), I was very close to them in the arena in Ahoy Rotterdam 1992 when they covered Dancing Queen on the b-stage, and Bono’s Birthday Party in Rotterdam in 1993 was also really special. A mentionable concert was in Edinburgh in 1997 (POP) Great crowd, lots of pints, and a tribute to Diana, the people’s princess, in the encore. POPmart was special, NOT because of the setlist-variety ofcourse...(no rotation whatsoever), but because of the Sheer Intensity every single night!. More recently, driving up and down in 1 day to Paris for the 360 tour with a good friend, or to Brussels two nights in a row, are sweet, sweet memories. The Joshua Tree 30 years tour was much better then I expected; hearing Exit again kind of completed a 30-year circle for me! (God, U2 are great live, they never stop to amaze me in concert! Even now I’m writing about this I feel goosebumps). Finally (for now) I am still on an enormous high having witnessed the last 2 concerts in Dublin (november 2018). Awesome to see U2 finally in their Hometown. The crowd! the setlist!, the energy and emotion! wow. Just WOW. "

"My first U2 show.... In 1987, I met my girlfriend (now my wife) and she asked me to go with her to the U2 concert in Rotterdam (July 10th, 1987) at the Feyenoord Stadium. It was a life-changing experience; U2 performed with only a large print of the Joshua Tree as a backdrop, no fancy lightshow or special effects, but still delivered real intimacy and the earth trembled under my feet. We were GA, at perhaps 5 meters from the stage. ‘Exit’ was spectacular, and ‘Bullet’ still sounded fresh in those days….. "

"Brings me to tears every time. I was so so happy they pulled this one out of the bag again at the 360 tour! Awesome!"