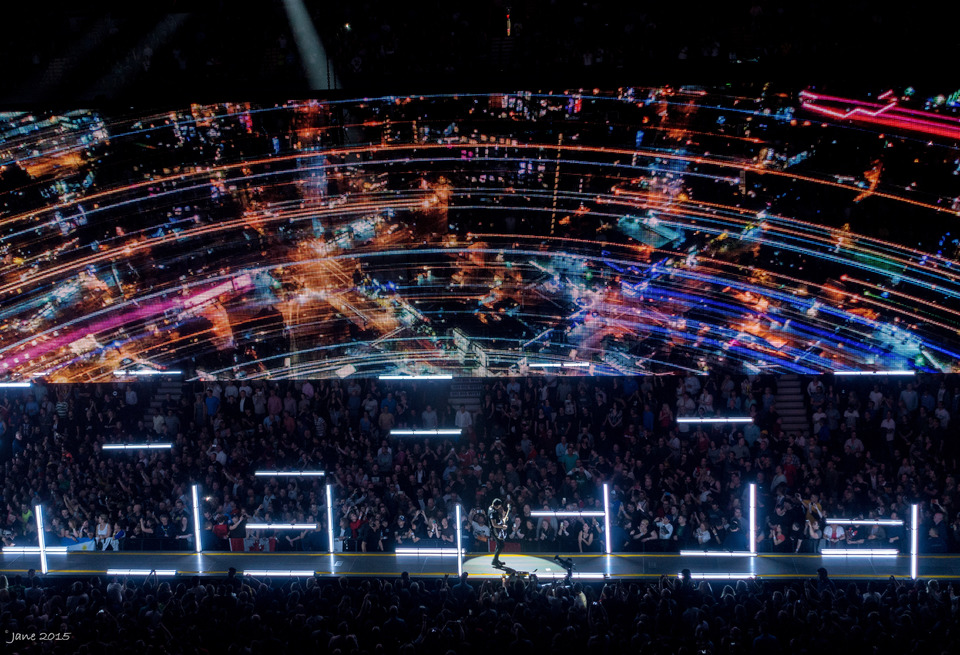 "The band was ln fire. Bono really enjo.."
All 1 reviews

"Being on the road since 1997 :Popmart, Elevation, Vertigo and 360 were great tours. But this tour it felt so intensive. Better interaction with our group at the front and you were being sucked into the songs Amsterdam 4 times, got the edge's plectrum. I cried during Gloria and during lots of other songs. We did als Antwerpen and Cologne and last but not least Dublin3 and 4. Our group organized the queue in Amsterdam and I think that was very well done"

"Gloria, Bad, New Years Day were amazing. The crowd was really into it. IMO the best concert of this IE EU tour. Amsterdam 4 was close with the best Bad/40."

"I found the U2's fallen Joshua Tree last summer in Death Valley. It was an experience I will never ever forget. The driving on the I-190. 5 miles before the actual milemarker I started to play the JT album. I still dont know what happened but I just started to cry. I was lucky that my wife drove. Then the walk to the JT site. I had the GPS coordinates but it wouldn't get a lock. So we just walked and suddenly I saw the glimpse of the suitcase. During the walk JT was playing out loud on my cellphone and I will never forget this trip"

"2009 I had my cardboard Bad with me in Amsterdam2. Edge looked at the end he made a sign like it is gonna be okay buddy. Amsterdam 3 on the last tour I had again the bad cardboard with me. I held it up during zooropa and streets (you can see it on U2.com and lost of youtube vids) Bono said what do you want and I shouted bad. Edge looked again but it was not going to be this night. We had to wait one night longer. Maybe the best Bad of the tour. But I got Edge's plectrum at Amsterdam3 so all is forgotten :)"